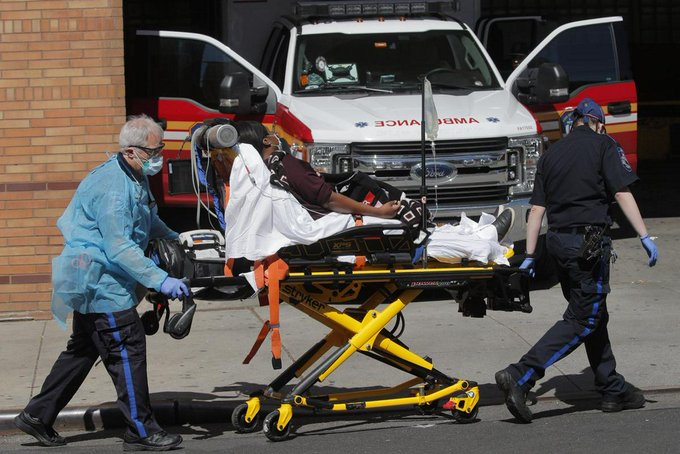 Trump said his administration is actively engaging on the increased impacts on the African American community, and doing everything to address this challenge.

"It's been disproportional," Trump told a White House press briefing, adding he is very concerned about the terrible numbers of infected African Americans.

Higher rates of pre-existing conditions, such as diabetes, hypertension, obesity and asthma, within black and minority communities may contribute to the phenomenon, as well as their higher use of public transportation, said Dr. Anthony Fauci, director of the National Institute of Allergy and Infectious Diseases.

"We are very concerned about that. It is very sad. There is nothing we can do about it right now except to give them the best possible care to avoid complications," Fauci said.

Trump said the White House would release data on coronavirus cases by race in the near future.

U.S. Vice President Mike Pence said the "risk of tragedy" is "very real." "It is a reminder that we have to be very careful with people with underlying health conditions."

"When we look at these numbers by the total population of each group, African Americans have a slightly higher rate of death than other races," said L.A. County Health Director Barbara Ferrer.

The number of COVID-19 cases in the United States has topped 396,223 as of 20:00 on Tuesday (2400GMT on Wednesday), with 12,722 deaths, according to the Center for Systems Science and Engineering at Johns Hopkins University.