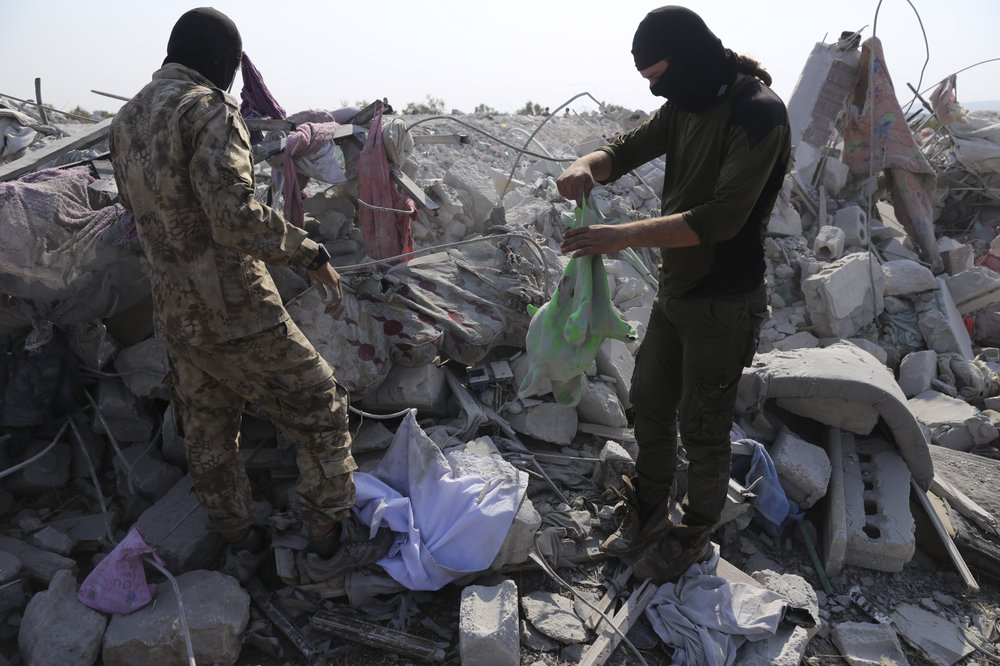 People look at a destroyed houses near the village of Barisha, in Idlib province, Syria, Sunday, Oct. 27, 2019. (Photo: AP)

US President Donald Trump said on Tuesday the person likely to be first in line to replace Islamic State's slain leader Abu Bakr al-Baghdadi has also been "terminated."

"Just confirmed that Abu Bakr al-Baghdadi's number one replacement has been terminated by American troops. Most likely would have taken the top spot - Now he is also Dead!" Trump tweeted.

Trump did not identify the person or give more detail on how he was killed.

It was unclear if that was the person Trump was referring to in his tweet.

Mazloum Abdi, commander of the Kurdish-led SDF, had said on Twitter that al-Muhajir was targeted in what he described as a "coordinated operation between SDF intelligence and the US army."

That raid was carried out a day after US commandos stormed Baghdadi's hideout in northwestern Syria.

The Islamic State founder detonated a suicide vest, killing himself and three children, as he was being chased into a dead end tunnel, according to the US account.

A Kurdish official on Monday said the SDF provided crucial intelligence from a source who infiltrated Baghdadi's house, bringing out underwear that provided positive DNA identification.