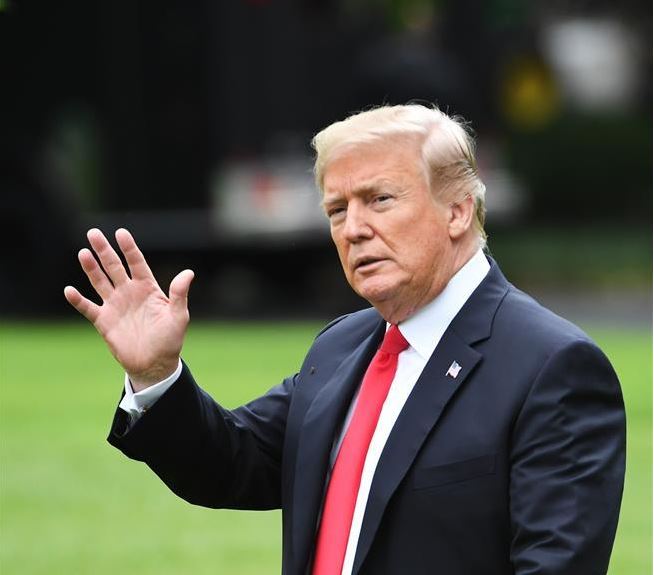 WASHINGTON, July 31 (Xinhua) -- US President Donald Trump said on Tuesday that the US and Iran could meet "pretty soon."

Trump said during a rally at Tampa, Florida that "I hope it works out well. And I have a feeling they'll be talking to us pretty soon."

Earlier on the same day, White House Deputy Press Secretary Hogan Gidley told the media that Trump "does want to meet" and "wants to come to a solution."

Trump said on Monday that a meeting between US and Iranian leaders is good for both sides and the world, and he is ready to meet anytime with his Iranian counterpart with "no preconditions."

US-Iranian relations have been tense as the Trump administration left the historic Iran nuclear deal, delegitimized its government, vowed to re-impose sanctions on the nation and pressed other nations to cut down their purchase of Iranian oil to zero.