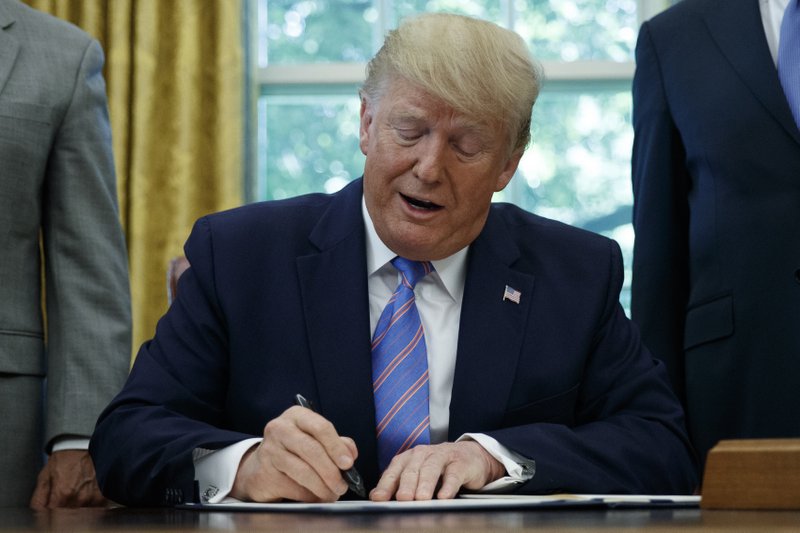 WASHINGTON, July 1 (Xinhua) -- US President Donald Trump said on Monday the delayed 10-city raids on illegal immigrants will begin after the July 4 holiday.

"After July 4, a lot of people are going to be brought back out," Trump told reporters in the Oval Office while signing the 4.6-billion-US-dollar border funding bill to tackle the influx of migrants from Central America at the US-Mexico border.

Trump said late last month he decided to delay the raids for two weeks to see if Republican and Democratic lawmakers can get together and work out a solution, pressing for passing new restrictions on asylum laws which was opposed by Democrats who control the House.

The two-week delay was mostly consumed by July 4 recess, when lawmakers are not in Washington.

The raids, planned by the Immigration and Customs Enforcement (ICE), was set to target up to 2,000 migrant families facing deportation orders in 10 cities including Los Angeles, Houston, Chicago, Miami, New York and San Francisco, based on cases filed in 10 immigration court locations.

The operation raised concerns about more family separations. Both Chicago and Los Angeles mayors said their cities would not assist in the raids.