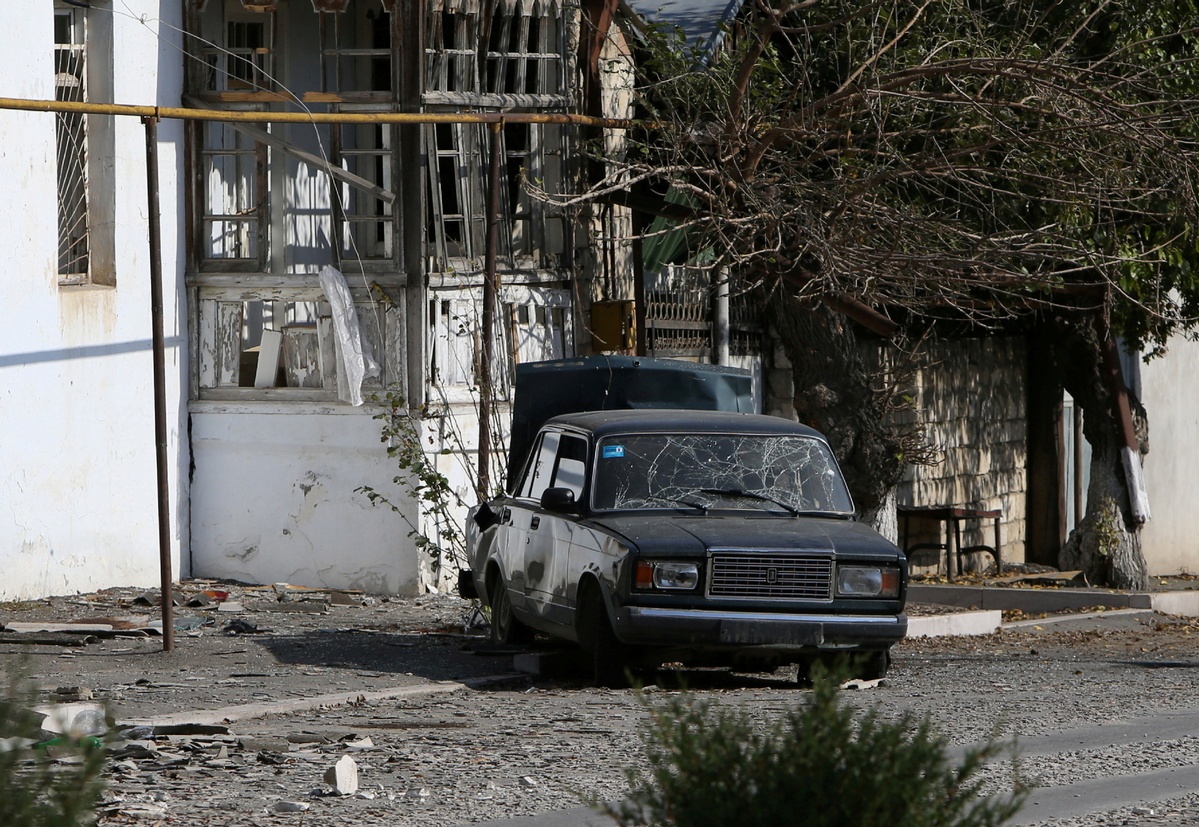 A view shows a car damaged by shelling during the military conflict over the breakaway region of Nagorno-Karabakh, in the town of Martuni Oct 27, 2020. (Photo: agencies)

WASHINGTON - US President Donald Trump said on Tuesday that it was disappointing to see a US-brokered ceasefire reached between Armenia and Azerbaijan over the Nagorno-Karabakh region collapsed.

"It's disappointing to see that, but that's what happens when you have countries that have been going at it for a long time," Trump told reporters when asked about the collapse of the newly reached ceasefire between Azerbaijan and Armenia.

US Secretary of State Mike Pompeo held separate phone conversations with Armenian Prime Minister Nikol Pashinyan and Azerbaijani President Ilham Aliyev, according to a statement issued by the State Department earlier in the day.

"Secretary Pompeo pressed the leaders to abide by their commitments to cease hostilities and pursue a diplomatic solution to the Nagorno-Karabakh conflict under the auspices of the OSCE Minsk Group Co-Chairs, and noted that there is no military solution to this conflict," said the statement.

The two warring parties agreed on a new humanitarian ceasefire in the Nagorno-Karabakh region that would take effect 0400 GMT Monday, according to a Sunday joint statement between the United States, Azerbaijan, and Armenia.

However, shortly after the truce came into effect, the two sides broke the ceasefire and traded accusations and attacks with each other.

The defense ministry of Azerbaijan said in a Monday statement that the Armenian side had shelled several regions including Tovuz and Gadabay in Azerbaijan since Monday morning.

Both sides denied accusations from the other party.

Monday's ceasefire agreement was the third within weeks. The two other agreements were reached on Oct 10 and Oct 17, but both sides blamed each other for not observing them.

A new round of armed conflict broke out on Sept 27 along the contact line of the Nagorno-Karabakh region.

Armenia and Azerbaijan have been at loggerheads over the mountainous region since 1988. Peace talks have been held since 1994 when a ceasefire was reached, but sporadic clashes have been taking place.