WORLD Trump says government shutdown "could be a long stay"

Trump says government shutdown "could be a long stay" 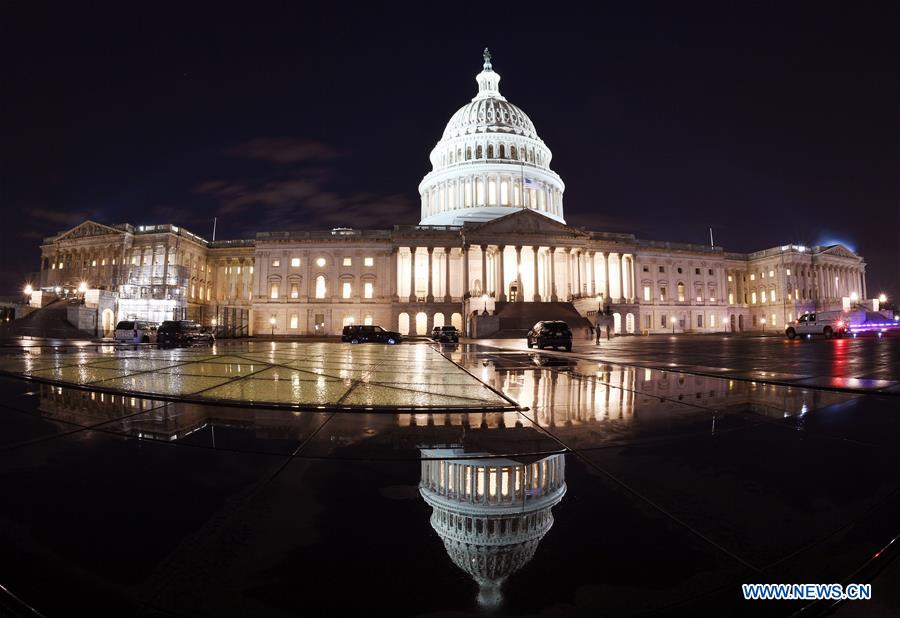 The US Capitol is seen in Washington DC, the United States, on Dec. 21, 2018. A partial shutdown of the US federal government came into effect, starting Friday midnight, after failed attempts to end a budget impasse over President Donald Trump's long-promised border wall. (Xinhua/Liu Jie)

WASHINGTON, Dec. 22 (Xinhua) -- US President Donald Trump said Saturday that he was negotiating with the Democrats to end a partial government shutdown, but "it could be a long stay" due to continued discrepancy on his long-time demand for a border wall.

"We are negotiating with the Democrats on desperately needed Border Security (Gangs, Drugs, Human Trafficking & more) but it could be a long stay," Trump tweeted. "Will be having lunch in White House residence with large group concerning Border Security."

The US House and Senate convened Saturday noon on Capitol Hill, hoping to reach a deal to end the partial government shutdown that began at midnight, after failed attempts to end a budget impasse over a 5-billion-US-dollar bill that Trump wanted to build a wall along the US-Mexico border.

Shortly after the gathering, Senate Majority Leader Mitch McConnell announced that "no further votes will occur until the president and Senate Democrats have reached an agreement to resolve this."

Earlier this week, senators reached a deal on a short-term funding measure that did not include the 5 billion dollars Trump has sought for, and the president later said he would not sign the bill. The House passed a temporary spending bill late Thursday that includes the border wall money but couldn't get enough votes to clear the Senate.

The partial shutdown is set to affect nine of 15 Cabinet-level US departments and dozens of agencies, including the departments of homeland security, transportation, interior, agriculture, state and justice. More than 800,000 federal employees would have to go to work without pay or will be furloughed, US media reported.

Three-quarters of government programs won't be affected as they are fully funded through next September.

Trump has been trying to pin the shutdown on the Democrats, while the latter has been firing back. House Democratic leader Nancy Pelosi and Senate Democratic leader Chuck Schumer said in a joint statement that the president "threw a temper tantrum" and convinced House Republicans to push the nation into a "destructive Trump shutdown" in the middle of the holiday season.

It is the third US federal government shutdown this year. The January and February shutdowns also involved disputes over immigration.