WORLD Trump says he and Kim Jong-un 'in love'

Trump says he and Kim Jong-un 'in love' 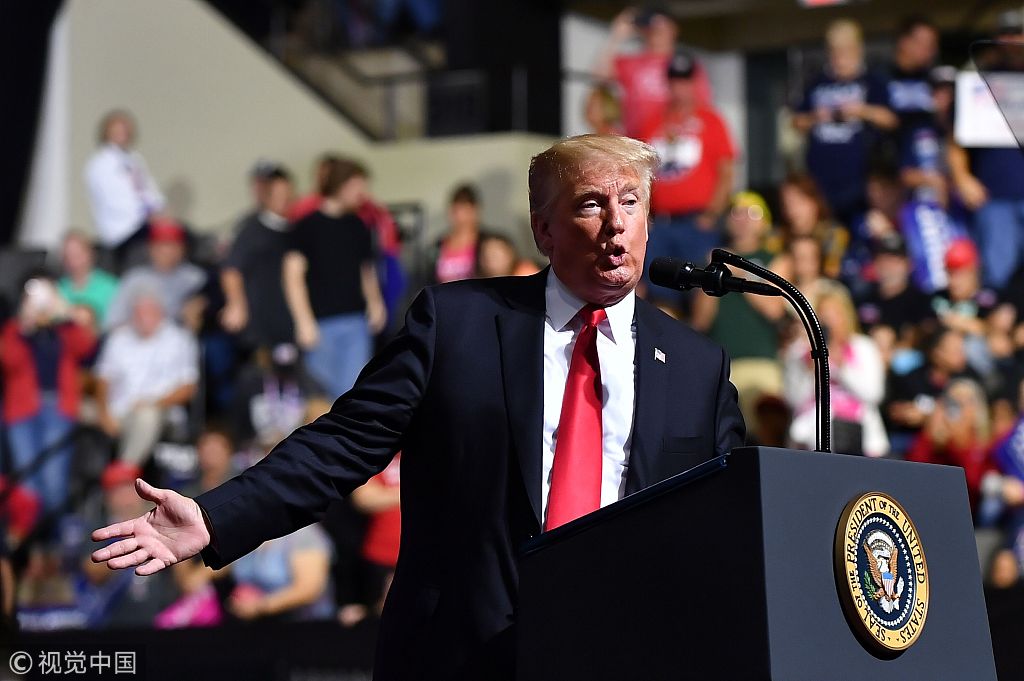 US President Donald Trump speaks during a rally at WesBanco Arena in Wheeling, West Virginia on September 29, 2018. (Photo: VCG/MANDEL NGAN)

US President Donald Trump said he and North Korea's Kim Jong-un have fallen "in love" –- their bromance fuelled by "beautiful letters" he received from the leader of the nuclear-armed state.

Trump on Saturday elevated his recent praise of Kim to new heights, at a West Virginia rally in support of local candidates for his Republican Party.

"And then we fell in love -- OK? No really. He wrote me beautiful letters and they're great letters. We fell in love," Trump told the crowd.

On Monday at the United Nations General Assembly Trump lauded the North Korea leader as "terrific", one year after Trump eviscerated Kim from the same platform.

Trump followed those comments by saying Wednesday he had received an "extraordinary letter" from Kim, and sounded optimistic about prospects for a second summit between the two leaders "fairly quickly."

Trump met Kim in Singapore in June for the first-ever summit between the two countries that have never signed a peace treaty.

The summit led to a warming of ties and a halt in Pyongyang's missile launches.

North Korea's foreign minister Ri Yong-ho on Saturday told the UN there was "no way" that his country would disarm first as long as the US to push for tough enforcement of sanctions against Pyongyang.