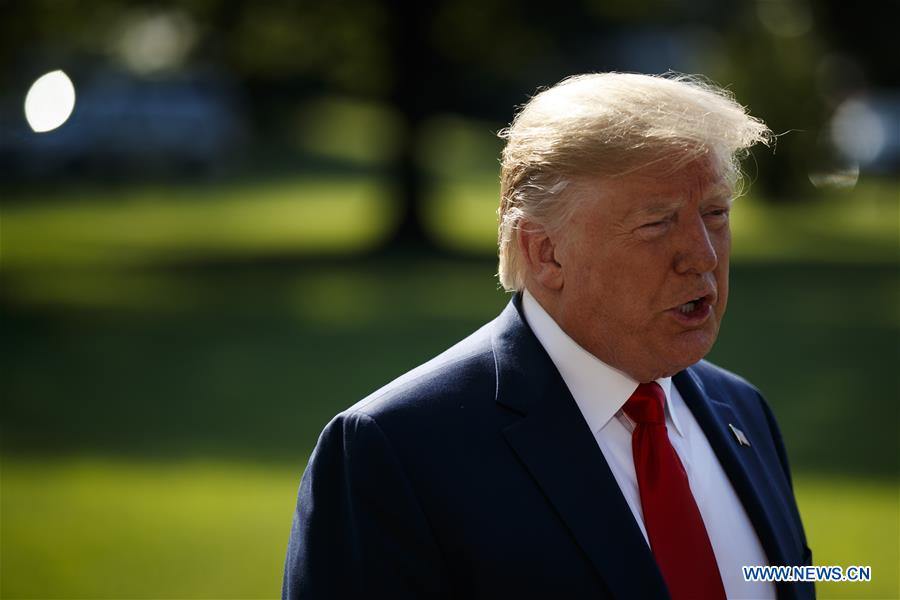 Trump told the press before departing the White House for New York State that he received a "three-paged" "very beautiful letter" from Kim on Thursday, in which Kim expressed dissatisfaction with the U.S-South Korea military exercises.

Trump also believed that he and Kim would be having another meeting, without mentioning the possible date and location.

The denuclearization negotiations between the United States and the DPRK have been stalled since the second summit between Trump and Kim ended with no agreement in February in the Vietnamese capital of Hanoi.

At the end of June, Trump and Kim met at the inter-Korean border, and the two leaders agreed to set up teams to resume the working level negotiation in weeks. But the negotiation has not taken place yet.

U.S. Secretary of State Mike Pompeo on Wednesday told the press that he was hopeful that Washington and Pyongyang would get back to the negotiating table in the coming weeks.

The DPRK has conducted multiple short-range missile tests in less than two weeks. The Trump administration, Trump himself included, repeatedly downplayed the significance of these tests, pointing out that the missiles are short-ranged thus did not violate the agreement between Trump and Kim.