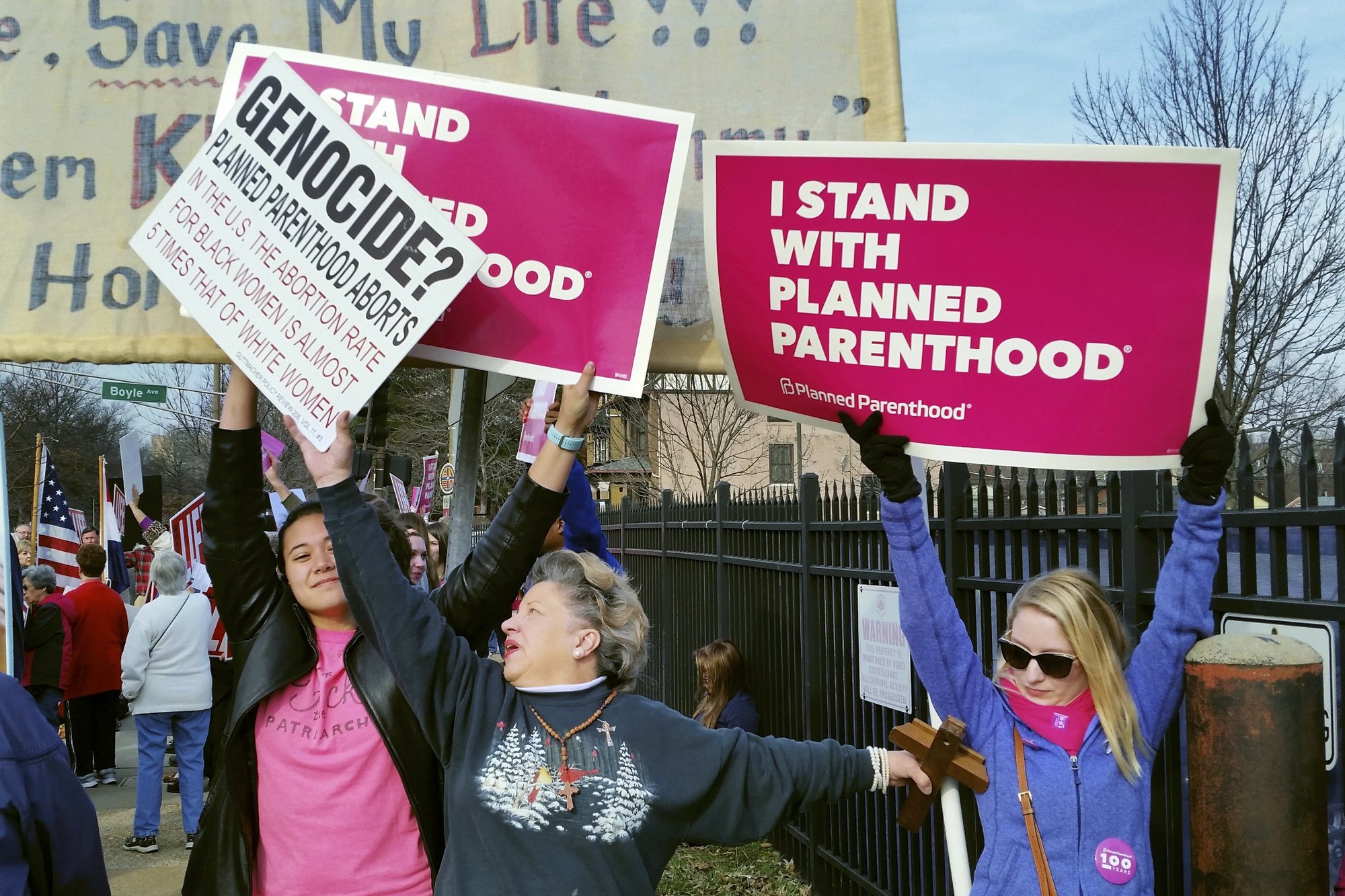 A Planned Parenthood supporter and opponent try to block each other's signs during a protest and counter-protest of abortion in St. Louis on February 11, 2017. (Photo: AP)  .

WASHINGTON (Xinhua) -- US President Donald Trump on Saturday took a "strongly Pro-Life" stance while supporting some exceptions in response to the controversial abortion ban by Alabama.

"As most people know, and for those who would like to know, I am strongly Pro-Life, with the three exceptions -- Rape, Incest and protecting the Life of the mother -- the same position taken by (ex-President) Ronald Reagan," Trump tweeted, amid a national debate over the issue following Alabama's near-total abortion ban earlier this week.

Alabama enacted a new law on Wednesday to ban all abortions, except in the cases in which the mother's life is in danger. It is the latest state to join the camp to make abortions illegal from the time as early as of detected fetal heartbeat, around six weeks of gestation.

Such states include Missouri, Kentucky, Ohio, Georgia, Mississippi, Iowa and North Dakota. The moves are deemed to constitute a challenge to the historic 1973 U.S. Supreme Court ruling that grants women the right to abortion across the country.

The states' newly enacted abortion bans are also believed to signal a conservative tilt in many parts of the United States. Abortion is considered a hot-button issue in the upcoming 2020 presidential elections.

A May 2018 Gallup poll found that 60 percent of Americans believe abortion should be legal during the first trimester, and 13 percent think women should be allowed to terminate their pregnancy during the third trimester.