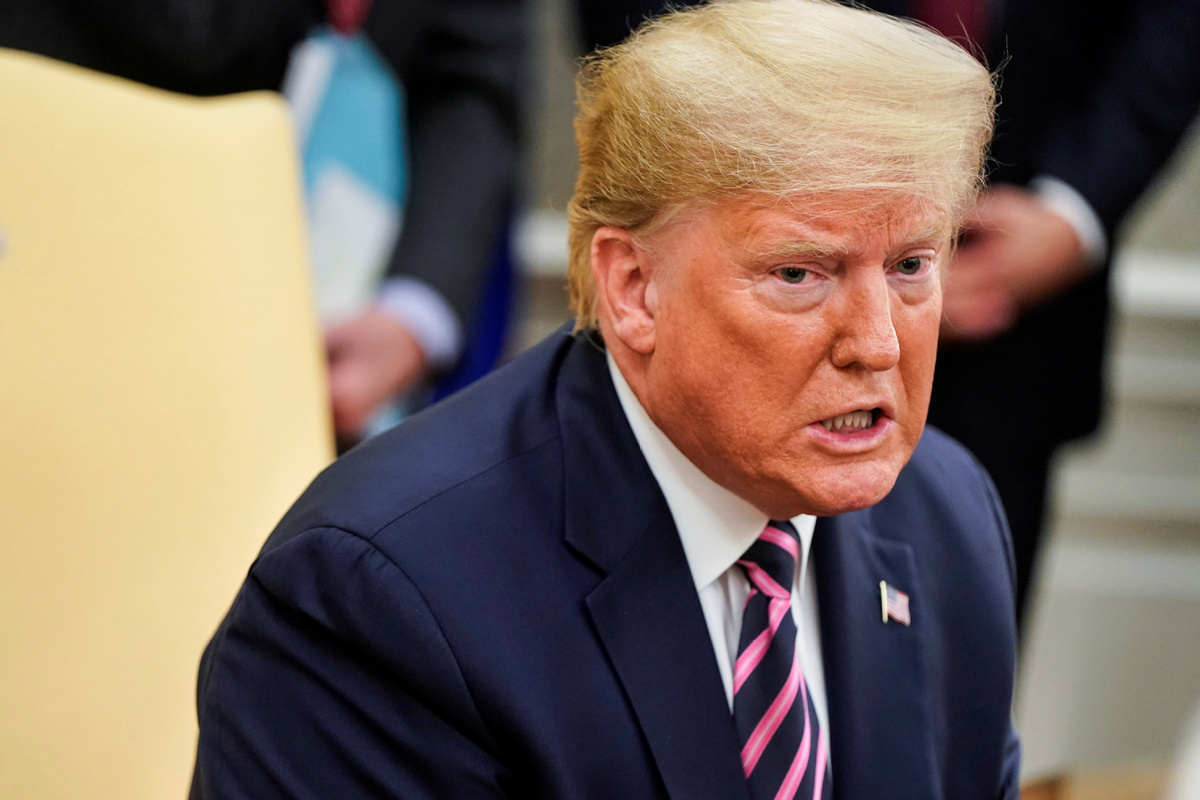 US President Donald Trump speaks with Republican members of Congress a day after the House of Representatives approved articles of impeachment against the Republican president, at the White House in Washington, US, on Dec 19, 2019. (Photo: Agencies)

WASHINGTON, Dec. 20 (XINHUA) -- U.S. President Donald Trump said on Thursday he wanted "an immediate trial" in the Senate, after the House of Representatives voted on Wednesday to pass two articles of impeachment against Trump.

"So after the Democrats gave me no Due Process in the House, no lawyers, no witnesses, no nothing, they now want to tell the Senate how to run their trial," Trump tweeted. "Actually, they have zero proof of anything, they will never even show up. They want out. I want an immediate trial!"

Wednesday's vote made Trump the third president in U.S. history to be formally impeached and will face a trial in the Senate.

The House passed the first article, which accused Trump of abuse of power, on a vote of 230-197 with one voting "present," House Speaker Nancy Pelosi said.

The vote for the second article charging the president of obstruction of Congress was passed 229-198 with one voting "present."

Conviction can only happen in the Senate and requires at least two-thirds of its members, or 67 senators, to vote in favor after a trial.