Trump says he won't use info stolen by adversaries in 2020 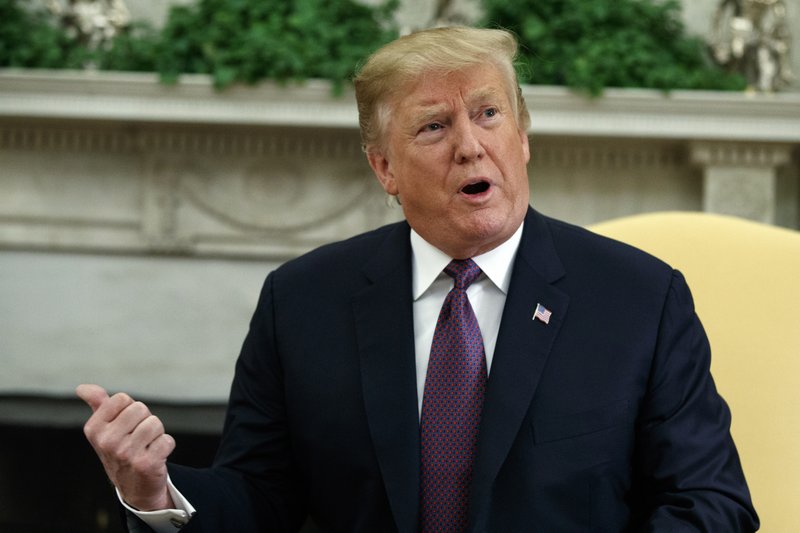 US President Donald Trump speaks during a meeting with Hungarian Prime Minister Viktor Orbán in the Oval Office of the White House, Monday, May 13, 2019, in Washington. (Photo: AP)

US President Donald Trump pledged Monday not to use information stolen by foreign adversaries in his 2020 reelection campaign, even as he wrongly insisted he hadn’t used such information to his benefit in 2016.

During a question-and-answer session with reporters in the Oval Office, Trump said he “would certainly agree to” that commitment.

“I don’t need it,” he said as he met with Hungarian Prime Minister Viktor Orbán. “All I need is the opponents that I’m looking at.”

But Trump also insisted erroneously that he “never did use, as you probably know,” such information, adding: “That’s what the Mueller report was all about. They said no collusion.”

Indeed, Mueller’s report described Trump’s campaign as eager to exploit the release of hacked Democratic emails to hurt rival Hillary Clinton. At one point, Trump even called on Russia to help find missing Clinton emails — a call he now says was a joke.

Trump also announced Monday that he will be meeting with Russian President Vladimir Putin during a gathering of the leaders of the Group of 20 major economies in Osaka, Japan next month — the pair’s first face-to-face since the Mueller report’s release.

Trump and Putin did speak by phone for more than an hour earlier this month, discussing a range of issues, including what Trump again dismissed as the “Russian Hoax,” a possible three-party arms control pact with China, and the crisis in Venezuela, where Moscow is propping up the current government over the US-backed opposition. At no point, however, did he warn Putin not to meddle in the next election.