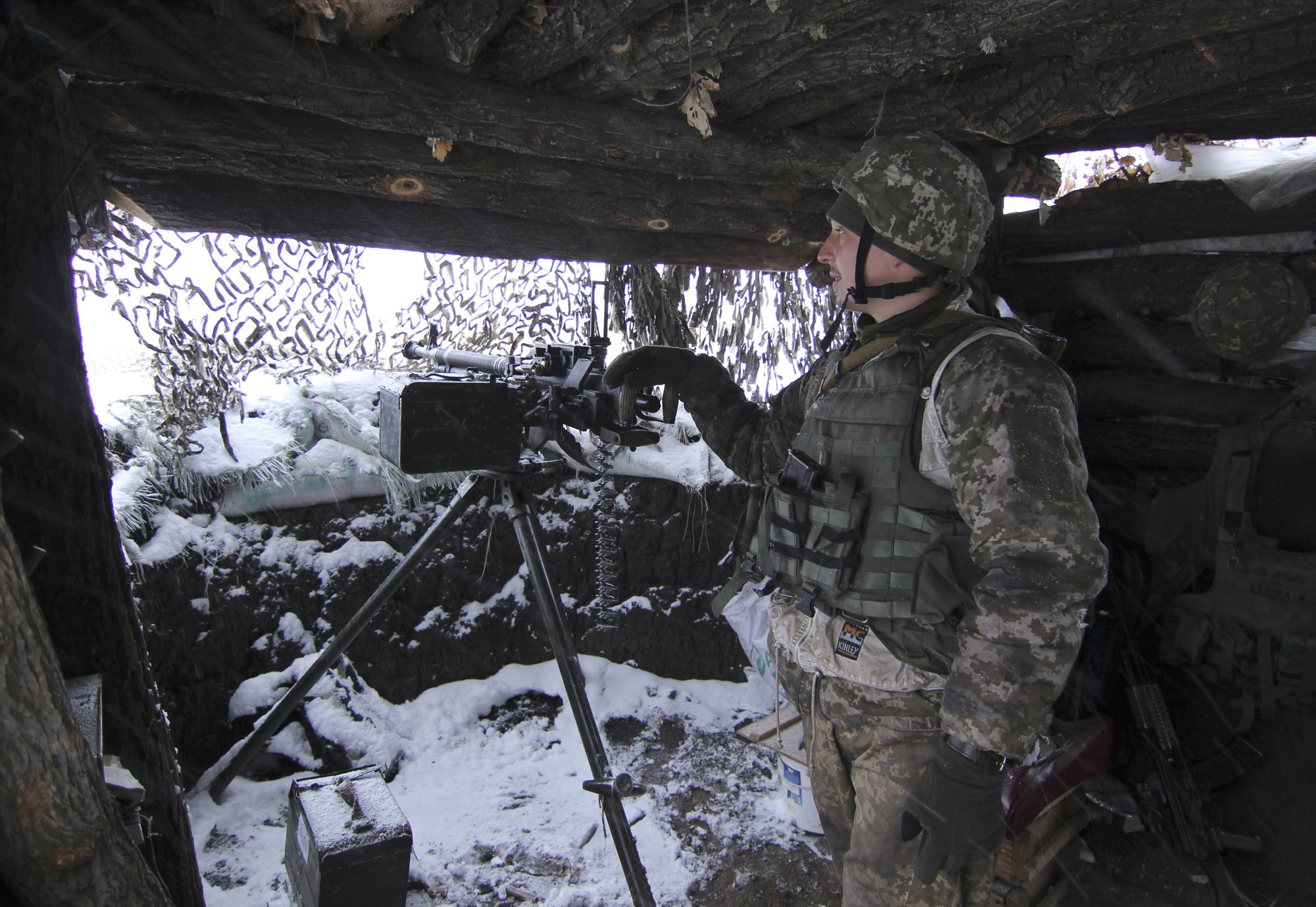 A Ukraine army soldier stands on duty with his heavy machine gun at an undisclosed location in eastern Ukraine, Monday, Nov. 26, 2018. (Photo: AP)

WASHINGTON, Nov. 26 (Xinhua) -- US President Donald Trump said here on Monday that he hopes the current confrontation between Ukraine and Russia will get "straightened out."

Speaking to reporters before leaving the White House for campaign rallies, Trump said that "we do not like what's happening either way. And hopefully it will get straightened out."

Trump and his Russian counterpart Vladimir Putin were set to meet later in Argentina on the sidelines of the Group of 20 (G20) summit in Argentina.

The Ukrainian Navy said on Sunday that Russian forces opened fire and seized three Ukrainian ships near the Kerch Strait, which separates the Black Sea and the Sea of Azov.

An emergency meeting of the UN Security Council was called for on Monday morning over the escalating situation.

Wu Haitao, China's deputy permanent representative to the United Nations who chaired the meeting, told the UN Security Council that China has noted the altercation between Russian and Ukrainian naval ships, adding that China is "concerned with the tension arising thereof."

"China hopes and calls for the relevant parties to exercise restraint to avoid any further escalation of tension and properly resolve the relevant issues through dialogues and consultations," said Wu.