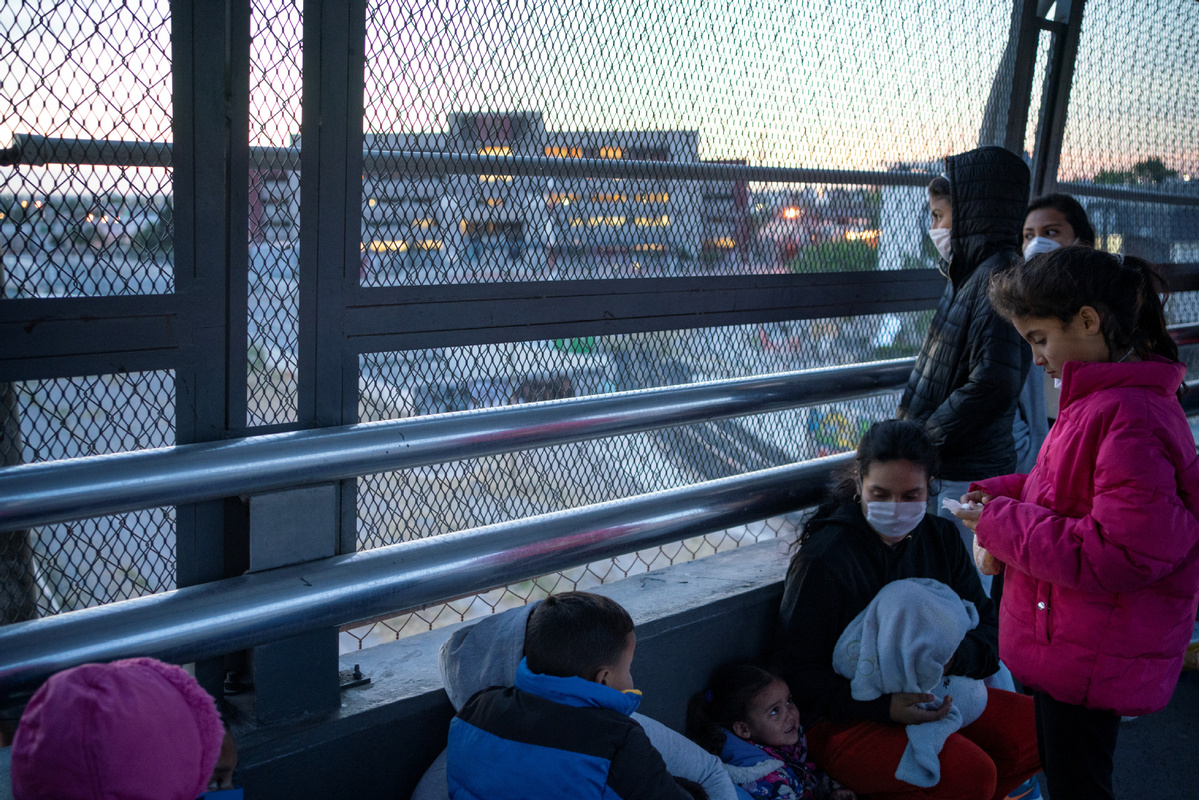 Migrants in the "Remain in Mexico" program wait in line at the border to reschedule their immigration hearings amid the coronavirus disease (COVID-19) outbreak in Ciudad Juarez, Chihuahua, Mexico, April 20, 2020. (Photo: Agencies)

Trump told reporters at the White House the suspension would come into force through an executive order that he would likely sign on Wednesday as he offered the first details about a vague announcement he made Monday night on Twitter.

Addressing an issue key to his conservative base as the country is ravaged by the coronavirus pandemic, with more than 43,000 people dead in the US, Trump said his move would help Americans who have lost their jobs during the ongoing shutdown.

"By pausing immigration, it will help put unemployed Americans first in line for jobs as America reopens," Trump said at his daily pandemic briefing.

"This pause will be in effect for 60 days," he told reporters, adding that he would decide on any extension or changes "based on economic conditions at the time."

The Republican president said the order would "only apply to individuals seeking a permanent residency -- in other words, those receiving green cards."

"It will not apply to those entering on a temporary basis," he added.

The US Citizenship and Immigration Services (USCIS) granted lawful permanent residence to around 577,000 individuals in 2019.

Trump said there would be exemptions that his administration would detail before the order is signed.

"We'll sign it most likely tomorrow. Being drawn now and tonight, and it's something we have to have in this country," he added.

According to US officials who spoke on condition of anonymity to The Wall Street Journal before Trump spoke, the eventual executive order could include exceptions for farm and health care workers.

Any executive order on immigration will likely spark court action to reverse it, and has already raised hackles among Trump's Democratic opponents.

Before Trump's briefing, Texas lawmaker Joaquin Castro slammed what he called "an attempt to divert attention away from Trump's failure to stop the spread of the coronavirus and save lives."

In a tweet, Castro accused Trump of "an authoritarian-like move to take advantage of a crisis and advance his anti-immigrant agenda."

The Supreme Court has in recent months offered several significant victories to the Trump administration in cases relating to immigration.

A month ago, the high court allowed the federal government to maintain a policy that will send more than 60,000 asylum seekers back to Mexico.

The "Remain in Mexico" policy unveiled in December 2018 and implemented a month later calls for non-Mexican asylum seekers who attempt to enter the US via that country to stay there while their cases are being decided.