House Democrats pressed the Justice Department to provide the full report from special counsel Robert Mueller even as Republicans gleefully called for them to "move on" from the Russia investigation. President Donald Trump accused those responsible for launching Mueller's probe of "treasonous things against our country" and said they "certainly will be looked into." 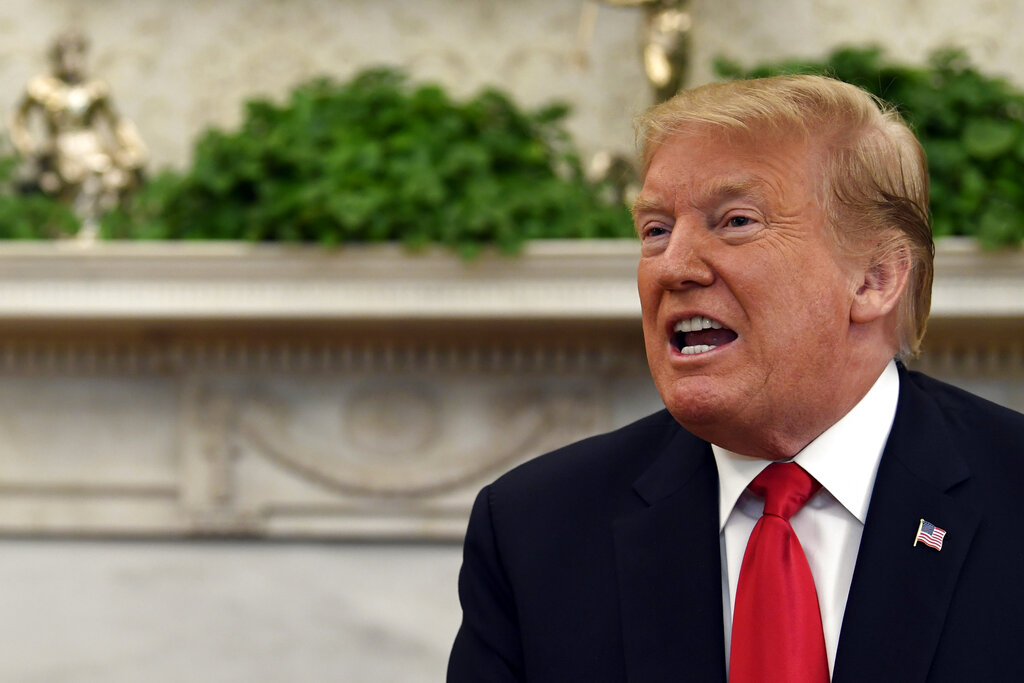 Trump said the release of Mueller's full report "wouldn't bother me at all," and Democrats quickly put that statement to the test, demanding that his administration hand over the entire document and not just Sunday's four-page summary from Attorney General William Barr.

Six House Democratic committee chairmen wrote to Barr that his summary is "not sufficient" and asked to be given Mueller's full report by April 2. They also want to begin receiving the underlying evidence the same day. The information is "urgently needed by our committees to perform their duties under the Constitution," they wrote, implying that the information would be subpoenaed if it is not turned over by the deadline.

Barr said in his letter to Congress that Mueller did not find that Trump's campaign "conspired or coordinated" with the Russian government to influence the 2016 presidential election — knocking down arguments from Democrats who have long claimed there was evidence of such collusion.

But he also said Mueller reached no conclusion on whether Trump obstructed the federal investigation, instead setting out "evidence on both sides" of the question and stating that "while this report does not conclude the president committed a crime, it also does not exonerate him." Absent a recommendation from Mueller, Barr stepped in and decided there wasn't sufficient evidence to establish that the president obstructed justice. Democrats said Barr's judgment is not the final word.

"All I'm interested in is them releasing the full report, the full Mueller report," said House Speaker Nancy Pelosi, D-Calif.

Despite Mueller's refusal to exonerate Trump, his spokesmen and leading congressional Republicans all claimed total vindication for the president anyway. Questioned by reporters, Trump said he welcomed Mueller's results but complained he had been abused by the investigation occurring at all and taking too long.

"We can never let this happen to another president again," he said. "There are a lot of people out there that have done some very evil things, very bad things, I would say treasonous things against our country."

"Those people will certainly be looked at. I've been looking at them for a long time. And I'm saying, why haven't they been looked at? They lied to Congress. Many of them you know who they are."

He didn't name names, but Trump has spent months railing against former Justice Department officials, including former FBI Director James Comey, accusing them of an illegal witch hunt for the purpose of delegitimizing his presidency. He has also falsely claimed that the investigation was based on memos compiled by former British spy Christopher Steele, and even blamed former Sen. John McCain, who died last year, for passing the memos to the FBI. 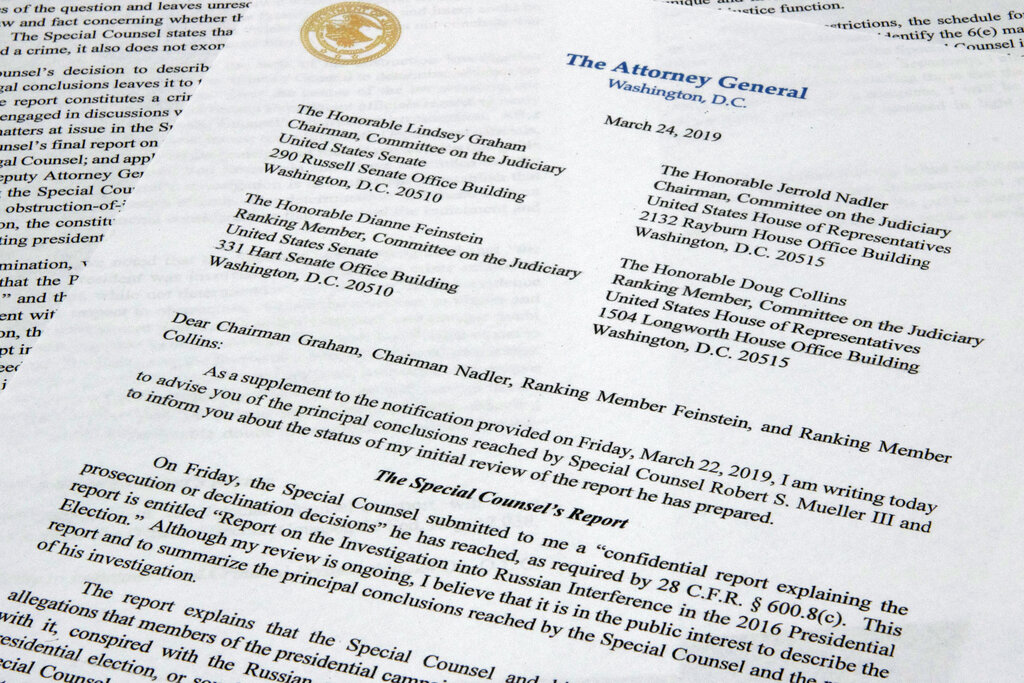 The investigation began months before the FBI saw the dossier — and the FBI already had a copy by the time McCain turned it in.

On Monday, after a series of evening strategy meetings, Democrats vowed to continue their multiple investigations into Trump, perhaps with shifted focus. House Intelligence Committee Chairman Adam Schiff, the California Democrat who has become a focus of Republicans' post-Mueller ire, said he is "circumspect about how much more we will be able to find on issues that he thoroughly investigated," but said Mueller's conclusion would not affect his own committee's counterintelligence probes.

"There may be other corrupt meetings between the Trump campaign and the Russians, there may be other profound financial conflicts of interest that are not mentioned in the Mueller report, and there may be unanswered questions even within what he did examine," Schiff said.

Democrats also signaled that they will curtail some public focus, at least, from their investigations of Trump and try to keep attention on their policy goals. Schiff postponed an open hearing with Felix Sater, a Russian-born former business adviser to Trump who helped him negotiate an ultimately unsuccessful deal for a Trump Tower in Moscow, while the intelligence committee tries to get a look at Mueller's report.

Rhode Island Rep. David Cicilline, a member of Democratic leadership, said he has been encouraging colleagues to talk about those policy issues like health care and infrastructure.

"We need to talk about the work we are doing on these really important economic issues that matter in people's lives," Cicilline said. "We're doing the work, but we need to be more effective about sharing that"