WORLD Trump says looking forward to next debate with Biden

Trump says looking forward to next debate with Biden

U.S. President Donald Trump, who is undergoing COVID-19 treatment at the White House, said on Tuesday that he is looking forward to the next debate with 2020 Democratic nominee Joe Biden. 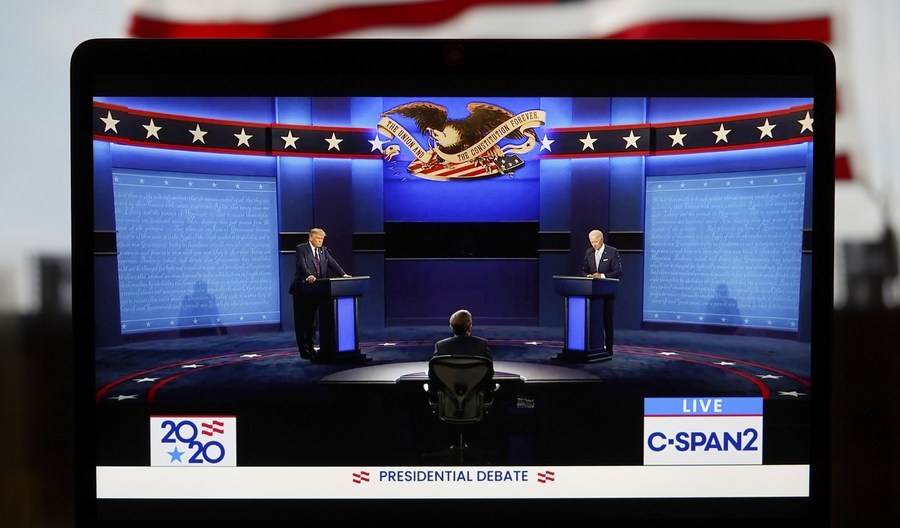 "It will be great," Trump tweeted, referring to the second face-off with Biden, scheduled for Oct. 15 in Miami, Florida, a key battleground state in the presidential race.

It is still unclear if Trump, who may remain contagious, will be healthy enough to show up for the debate.

Right now, the president is in quarantine at the White House after three-day hospitalization. Though his doctors have said the president's condition has continued to improve, they have also warned he is not out of the woods yet.

White House physician Sean Conley said in a new memo that the medical team met with Trump on Tuesday morning.

"He had a restful first night at home, and today he reports no symptoms. Vital signs and physical exam remain stable, with an ambulatory oxygen saturation level of 95-97 percent," Conley wrote. "Overall he continues to do extremely well."

The former U.S. vice president, Biden, who is leading Trump in national polls, has said that he will listen to experts on whether it is safe for him to have the next debate with the Republican.

The two candidates met in Cleveland, Ohio on Sept. 29 for the first 2020 presidential debate, two days before Trump's COVID-19 diagnosis.