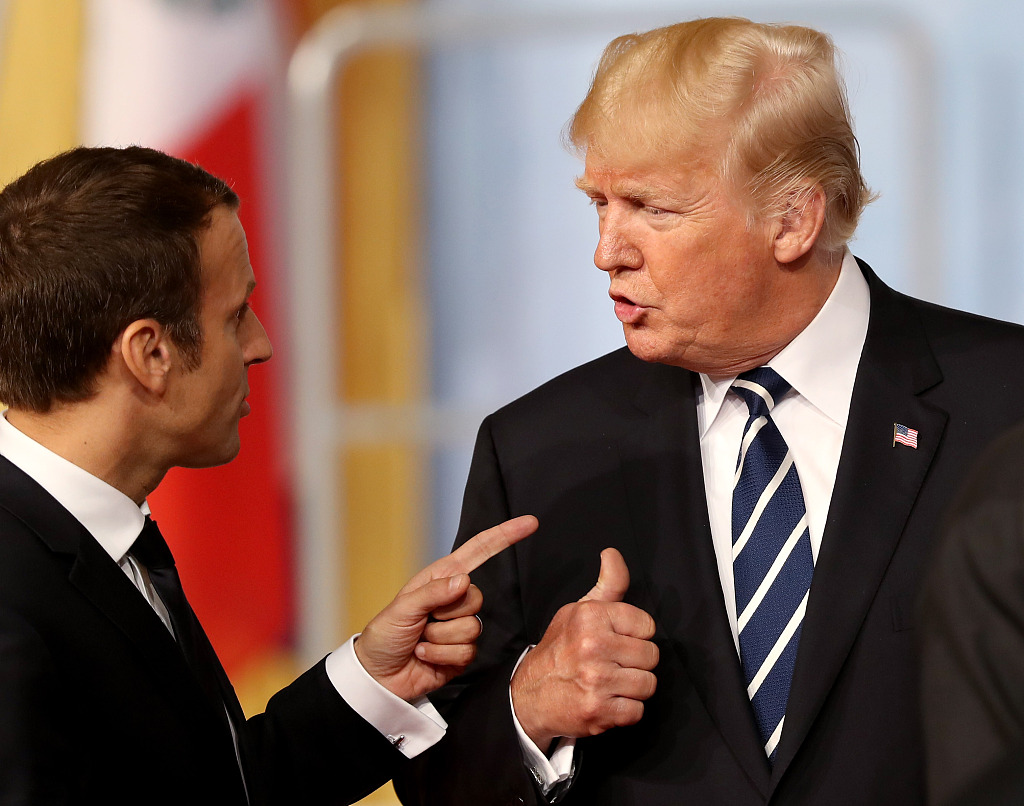 File photo: U.S President Donald Trump speaks with French President Emmanuel Macron after posing for the family photo at the start of the the G20 summit on July 7, 2017 in Hamburg, Germany. /VCG

"NATO serves a great purpose," Trump said, at a joint press appearance with alliance Secretary General Jens Stoltenberg ahead of the allies' summit.

"I think that's very insulting," he said of Macron's comment, branding it a "very, very nasty statement essentially to 28 countries."

Trump defended Stoltenberg, boasting that NATO members have massively increased their defence spending thanks to his pressure.

And he warned he could see France "breaking off" from the allies, after Macron in an interview criticised NATO's leadership and strategy.

"Nobody needs NATO more than France," he said. "It's a very dangerous statement for them to make."