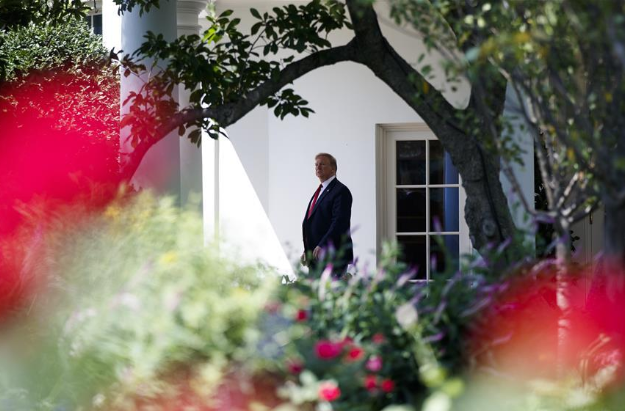 WASHINGTON, Feb. 7 (Xinhua) -- U.S. President Donald Trump said on Friday that Mick Mulvaney will remain as his acting chief of staff amid media reports that the aide's future at the White House is in doubt.

"That was a false report. I have a great relationship with Mick," Trump told reporters at the White House before leaving for an event in Charlotte, North Carolina.

The president also said he has "a great relationship with Mark," referring to retiring North Carolina Congressman Mark Meadows, reportedly a possible replacement of Mulvaney.

There is long-running speculation that Mulvaney, a central figure in the House impeachment inquiry into Trump, would leave his White House role after the end of the case, which fell on Wednesday when a sharply divided Senate voted to acquit the president on both impeachment charges.

While Trump claimed victory over the acquittal, Democrats have maintained their argument that the evidence of wrongdoing against him is "overwhelming."

On Friday, Trump also weighed in on a reported removal of Army Lieutenant Colonel Alexander Vindman from the National Security Council (NSC). The top Ukraine expert on the NSC, Vindman testified in the Democratic-led impeachment inquiry late last year.

Vindman is likely to return to the U.S. Army, according to media reports.

The House impeached Trump in December last year after an inquiry triggered by a whistleblower complaint that raised concerns about the White House's interactions with Ukraine.

Trump was alleged to have pressured his Ukrainian counterpart, Volodymyr Zelensky, into launching investigations that could politically benefit him by withholding military aid from Ukraine. Furthermore, the White House allegedly tried to cover it up.

The president has repeatedly denied any wrongdoing or a "quid pro quo" with Ukraine.