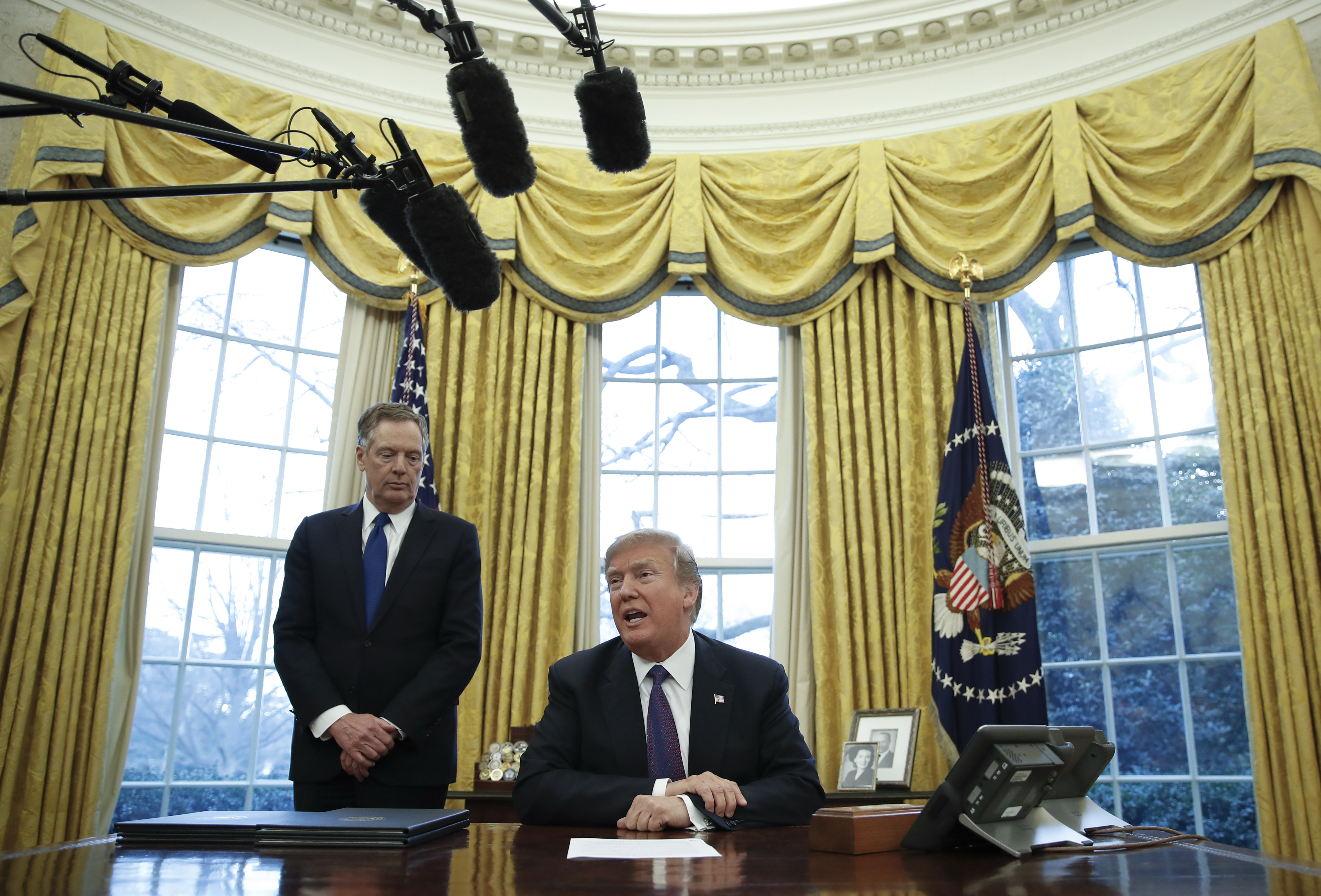 "I'm not at all concerned," US President Donald Trump told reporters at the White House Tuesday when asked if he is concerned about the attorney general's interview in Russia probe. (Photo: AP)

U.S. President Donald Trump said Tuesday that he is not concerned about the ongoing Russia probe in which a member of his cabinet was for the first time questioned last week.

The Justice Department on Tuesday confirmed that Attorney General Jeff Sessions was interviewed for several hours last week by the special counsel's office.
Special counsel Robert Mueller is investigating allegations of Russian interference in the 2016 U.S. presidential election and collusion between the Trump campaign and Moscow.
"I'm not at all concerned," Trump told reporters at the White House.
The president also said that he had not talked to Sessions about what he discussed with Mueller's investigators.
The special counsel's team was also reportedly looking into any attempts by Trump to obstruct the investigation.

Sessions, an early supporter of Trump's presidential bid, has drawn attention for his contacts with Russia during the presidential campaign and his role in Trump's firing of former FBI director James Comey.
The White House said in May last year that Trump fired Comey "based on clear recommendations of both Deputy Attorney General Rod Rosenstein and Attorney General Jeff Sessions."
Comey was appointed as FBI director in 2013, and was embroiled in controversy during the presidential election in 2016 after announcing an investigation into the emails of Democratic nominee Hillary Clinton days before the election day, a move that Hillary said was partially the cause of her loss.
Sessions recused himself from the Russia investigation in March 2017, a move that meant he had no power to influence Mueller's probe and led to repeated criticism from the president.
The Washington Post, citing two sources in an article Tuesday, said Mueller specifically wants to question Trump in the next several weeks about his decisions to oust national security adviser Michael Flynn and Comey.
According to the newspaper, Trump's legal team wants to have the president answer questions through a combination of an in-person interview and a written statement.