Trump says not sure if he will meet Putin in Paris 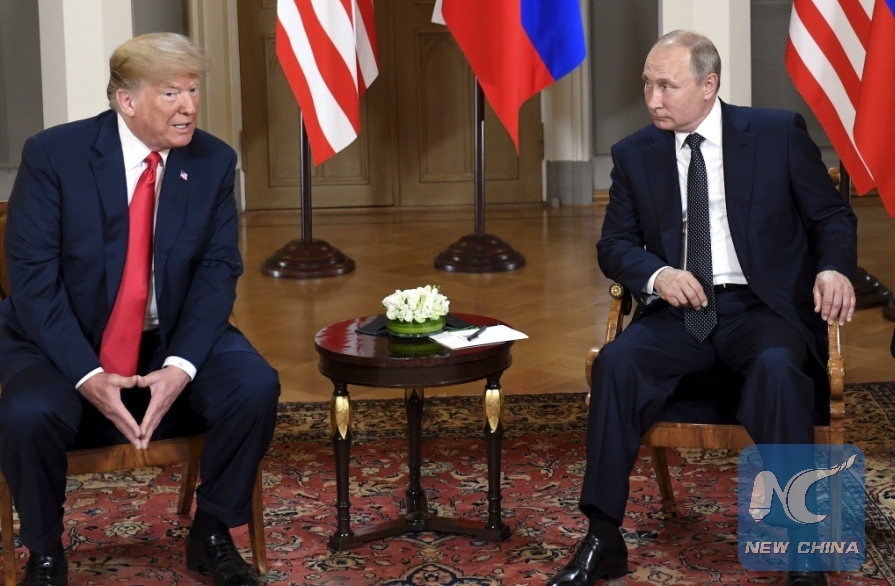 WASHINGTON, Nov. 5 (Xinhua) -- The US President Donald Trump said here on Monday that he was not sure if he would meet Russian President Vladimir Putin in Paris next week.

"I am not sure that we will have a meeting in Paris, probably not," Trump told reporters at the Joint Base Andrews as he was heading for campaign rallies for the coming mid-term elections.

Both the US and Russian officials have previously confirmed that a meeting between two leaders would be held in Paris on the sidelines of events on Nov.11 to commemorate the 100th years anniversary of the end of the World War I.

Trump added that he and Putin will be meeting at the G-20 Summit, which will be held at the end of this month in Argentina.

The US National Security Advisor John Bolton said last month in Tbilisi, the capital city of Georgia, that the Paris meeting between Trump and Putin "would be brief."

With the ongoing US sanctions on Russia and Washington's recent stance on the Intermediate-Range Nuclear Forces (INF) Treaty, the bilateral ties between Washington and Moscow have been strained recently.