BIARRITZ, France, Aug. 26 -- U.S. President Donald Trump said Monday that he is open to a France-proposed meeting with his Iranian counterpart Hassan Rouhani "if the circumstances are right". 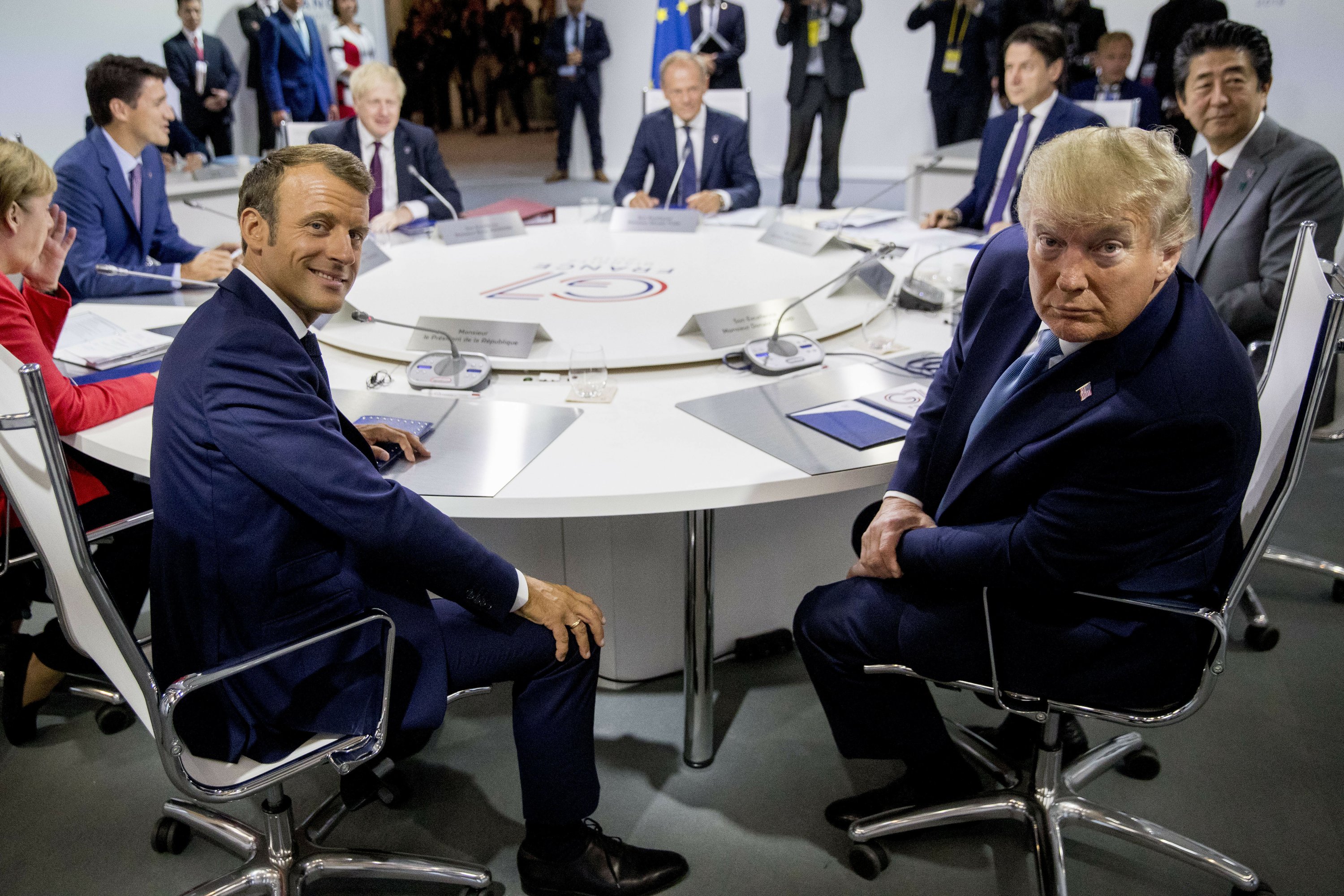 "In the meantime, they have to be good players," Trump told a press conference with French President Emmanuel Macron at the end of the G7 summit in the southern French town of Biarritz.

The meeting was proposed by Macron, who said the Iranian President too was open to a meeting with Trump.

Denouncing again the "very bad deal" reached in 2015 with Tehran, Trump added that the G7 was working on a long-term agreement that guarantees that Iran does not acquire either nuclear weapons or ballistic missiles.

"I think he's going to want to meet. I think Iran wants to get this situation straightened out...They're really hurting badly," said Trump.

"I'm looking at a really good Iran, really strong, we're not looking for regime change. We are looking for no nuclear weapon, no ballistic missiles, very simple," added Trump.

"I wish a meeting between the two presidents in the coming weeks," said Macron, adding that France plays a role as a JCPOA partner to set up this meeting. It is a concerted initiative rather than mediation "because our goals are common".

The French president reiterated that the Iran nuclear deal, or JCPOA signed in 2015, provided guarantees for the international community to ensure that Iran will no longer enrich uranium until 2025.

"Mr. Rouhani was open to this meeting. We are moving forward and I want an agreement between the United States and Iran. France will play the role she has to play," Macron said.

Iranian Foreign Minister Mohammad Javad Zarif paid a surprise visit to Biarritz on Sunday at the invitation of his French counterpart Jean-Yves Le Drian, without meeting any U.S. official.

"We had exchanges to draw a path. Nothing is done. It is fragile, but discussions on the technical level have led to progress," said Macron.

Macron said after discussions about Iranian nuclear issue on Friday, and on Saturday he decided to invite Zarif as a friend to Biarritz. He informed Trump before Zarif's arrival so that Trump knew every step of the issue.

Earlier reports said that Zarif's visit was a surprise for Trump that irritated Washington.

"This would not have been possible without the clarity of the U.S. President and the work done with Britain and Germany," said Macron.