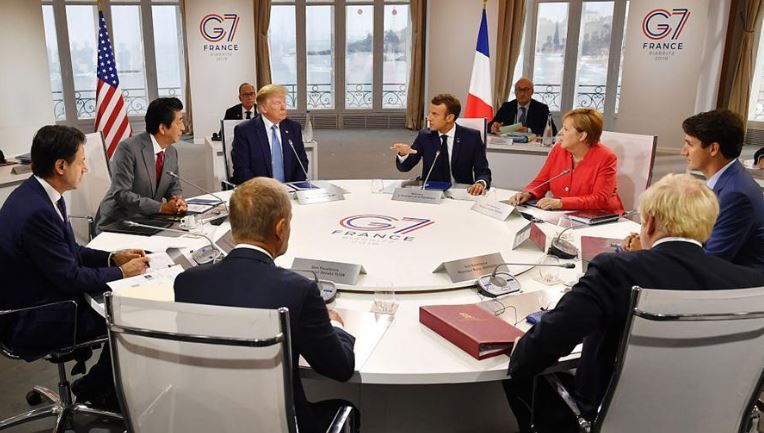 The leaders of the G7 summit attended the collective talks in Biarritz, France on August 25, 2019.  (Source: Visual China)

BIARRITZ (Xinhua) -- US President Donald Trump said Monday that he is open to a France-proposed meeting with his Iranian counterpart Hassan Rouhani "if the circumstances are right".

"In the meantime, they have to be good players," Trump told a press conference with French President Emmanuel Macron at the end of the G7 summit in the southern France town of Biarritz.

The meeting was proposed by Macron, who said the Iranian President was open to a meeting with Trump too.

Denouncing again the "very bad deal" reached in 2015 with Tehran, Trump added that the G7 was working on a long-term agreement that guarantees that Iran does not acquire either nuclear weapons or ballistic missiles.

"I think he's going to want to meet. I think Iran wants to get this situation straightened out...They're really hurting badly," said Trump.

"I'm looking at a really good Iran, really strong, we're not looking for regime change. You've seen how that works over the last 20 years, that hasn't been too good," added Trump.