WASHINGTON, Nov. 13 (Xinhua) -- US President Donald Trump said on Tuesday that a recent report concerning the alleged development of missile bases in the Democratic People's Republic of Korea (DPRK) was inaccurate. 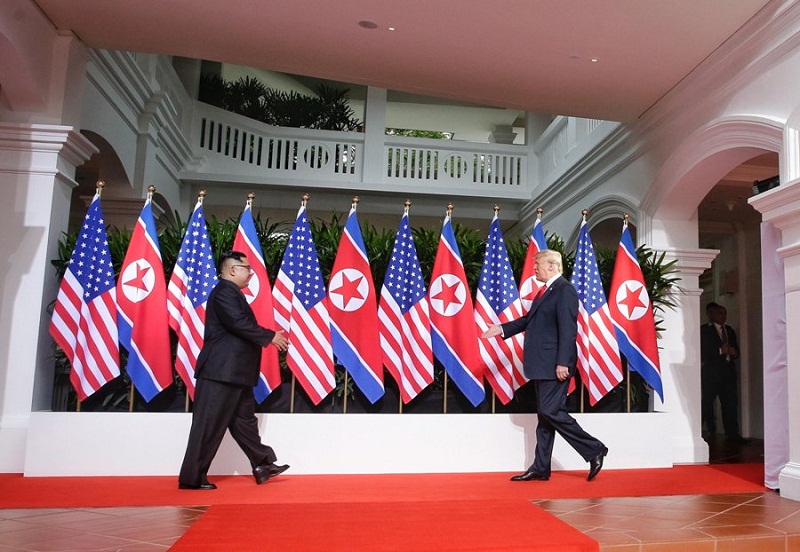 "The story in the New York Times concerning North Korea developing missile bases is inaccurate," he tweeted. "We fully know about the sites being discussed, nothing new - and nothing happening out of the normal."

"Just more Fake News. I will be the first to let you know if things go bad!" he added.

The New York Times reported on Monday that the DPRK was "moving ahead with its ballistic missile program at 16 hidden bases that have been identified in new commercial satellite images."

The New York Times published the report on analysis of satellite images released by a Washington, D.C.-based think tank, the Center for Strategic and International Studies.

Last week, the US State Department said that the planned meeting between Secretary of State Mike Pompeo and Kim Yong Chol, vice chairman of the ruling Workers' Party of Korea Central Committee, has been postponed.

Heather Nauert, the department spokesperson, said in a statement that the scheduled meeting "will now take place at a later date."

"We will reconvene when our respective schedules permit," Nauert said, adding that the ongoing conversations between Washington and Pyongyang "continue to take place."

Pompeo and Kim had been expected to discuss "making progress on all four pillars of the Singapore Summit joint statement," according to an earlier statement issued by the State Department.

Pompeo himself revealed in a recent interview that he expected some "real progress" in talks with Kim, including "an effort to make sure that the summit between the two leaders can take place."

The first-ever DPRK-US summit was held in Singapore on June 12. According to a joint statement signed by Trump and DPRK's top leader Kim Jong Un, the United States would provide security guarantee to the DPRK in return for Pyongyang's commitment to denuclearization.