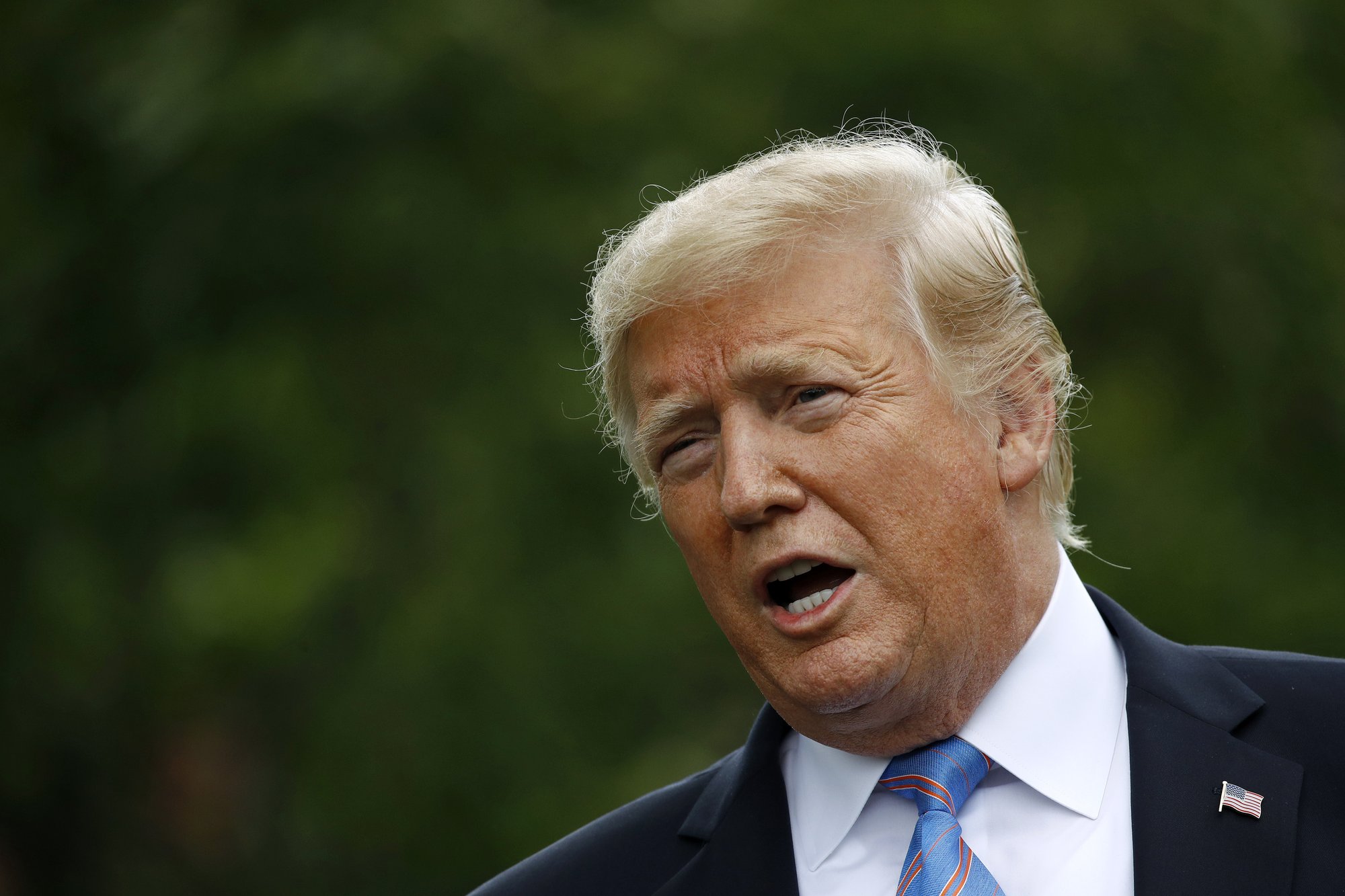 WASHINGTON, June 10 (Xinhua) -- US President Donald Trump said on Monday that tariffs on Mexican goods "will be reinstated" if Mexico's Congress doesn't approve an immigration deal between the United States and Mexico.

"We have fully signed and documented another very important part of the Immigration and Security deal with Mexico, one that the US has been asking about getting for many years. It will be revealed in the not too distant future and will need a vote by Mexico's Legislative body!" Trump tweeted.

"We do not anticipate a problem with the vote but, if for any reason the approval is not forthcoming, Tariffs will be reinstated!" he added.

Trump had threatened to impose a 5-percent tariff on all imported Mexican goods to pressure the country to stop the flow of undocumented migrants crossing the border, drawing extensive criticism both at home and abroad.

Following several days of negotiations in Washington, the United States and Mexico reached an agreement on Friday to avert the threat of tariffs on all Mexican imports.

As part of the deal, Mexico will deploy its National Guard throughout the country to curb irregular migration, giving priority to its southern border. The United States will immediately expand a program to allow asylum-seekers to remain in Mexico while their legal cases proceed.

Mexico will strengthen enforcement to contain Central American migration and begin a review of those efforts after 45 days, Mexican Foreign Minister Marcelo Ebrard said on Monday, according to The Wall Street Journal.

If the flow of migrants hasn't been significantly reduced after 90 days, the two sides will return to the negotiating table, Ebrard was quoted as saying, adding the two sides didn't set any specific numerical target.

Myron Brilliant, executive vice president and head of international affairs at the US Chamber of Commerce, said on Monday that Trump should never have used the threat of tariffs to try to force Mexico to crack down on illegal immigration, calling it a wrong approach.

"The weaponization of tariffs - the increase of threats on our economy, on our farmers, our manufacturers, our consumers - is going to hurt our country. It also creates uncertainty with our trading partners," Brillian said in an interview with CNBC.

The tariff threat against Mexico could jeopardize the congressional ratification of the US-Mexico-Canada Agreement (USMCA), a proposed replacement for the North American Free Trade Agreement (NAFTA), he said.