Trump says to build out his own platform after Twitter ban 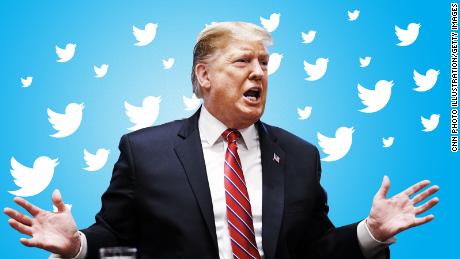 US President Donald Trump attempted to respond to his personal ban on Twitter through the official @POTUS handle, saying he is looking "at the possibilities of building out our own platform in the near future." 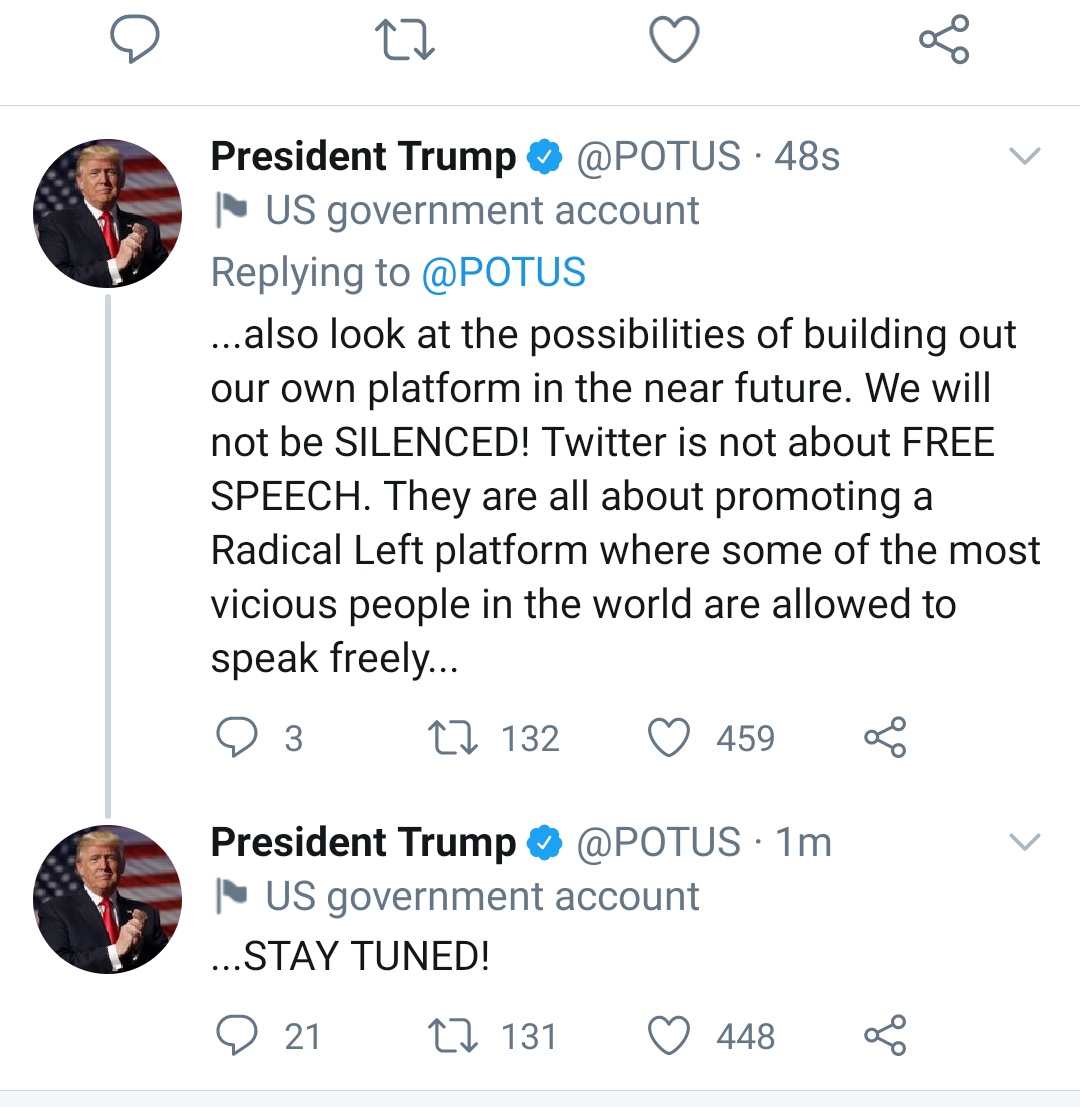 After close review of recent Tweets from the @realDonaldTrump account and the context around them - specifically how they are being received and interpreted on and off Twitter - we have permanently suspended the account due to the risk of further incitement of violence," the company said in a statement.

"We have determined that these Tweets are in violation of the Glorification of Violence Policy and the user @realDonaldTrump should be immediately permanently suspended from the service," Twitter further explained, citing that Trump's recent two tweets were "highly likely to encourage and inspire people to replicate the criminal acts that took place at the U.S. Capitol on January 6, 2021."

The public interest framework exists to enable the public to hear from elected officials and world leaders directly, Twitter said, saying "it is built on a principle that the people have a right to hold power to account in the open."

After Twitter suspended Trump's account, four tweets were published from the official presidential account @POTUS on Friday evening, complaining that "Twitter has gone further and further in banning free speech," and looking forward to "the possibilities of building out our own platform in the near future."

Twitter swiftly deleted the tweets soon after they were posted on the account @POTUS, citing the violation of rules that prohibit using another account to evade suspension.

"If it is clear that another account is being used for the purposes of evading a ban, it is also subject to suspension," Twitter said in a statement. "For government accounts, such as @POTUS and @WhiteHouse, we will not suspend those accounts but will take action to limit their use."

"In the context of horrific events this week, we made it clear on Wednesday that additional violations of the Twitter Rules would potentially result in this very course of action," Twitter said.

The company said on Wednesday that the removal was for Trump's "repeated and severe violations of our Civic Integrity policy" and "as a result of the unprecedented and ongoing violent situation in Washington, D.C."

The suspension came one day after Facebook made a similar decision of extending an initial 24-hour suspension to an indefinite one at least until Trump's term end.