Trump says to meet DPRK's Kim after US mid-term elections

WASHINGTON, Oct. 9 (Xinhua) -- US President Donald Trump said on Tuesday that his upcoming meeting with Kim Jong-un, top leader of the Democratic People's Republic of Korea (DPRK) , will be held after the mid-term Congressional elections in early November. 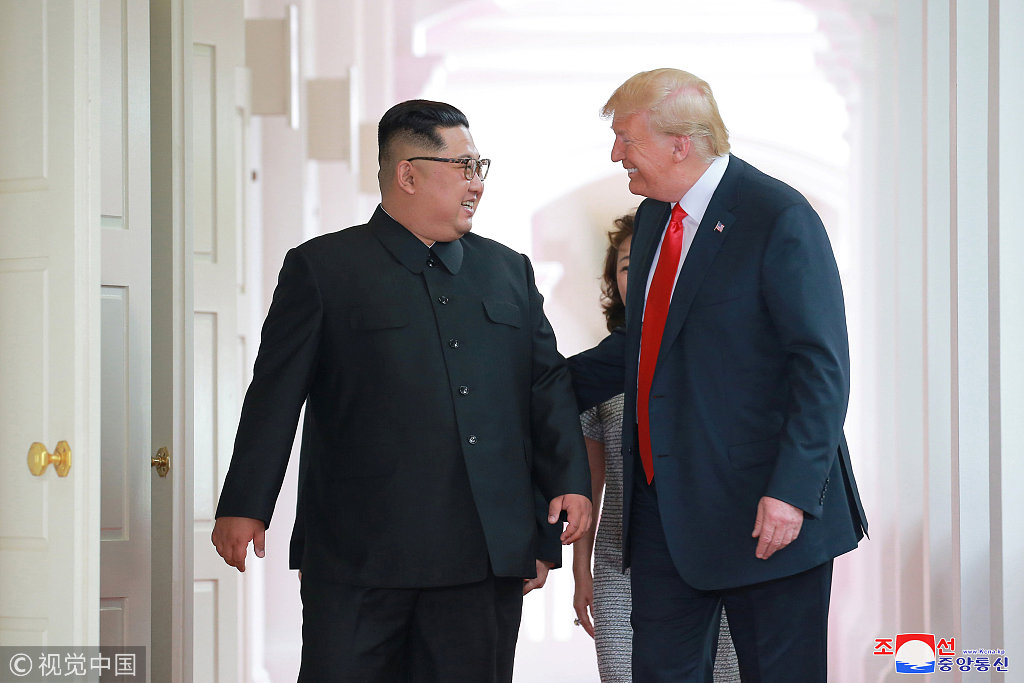 US President Donald Trump walks with North Korean leader Kim Jong-un at the Capella Hotel on Sentosa island in Singapore in this picture released on June 12, 2018. (Photo: VCG)

Trump told reporters on a flight to the Midwestern state of Iowa that he is too busy campaigning to arrange the meeting. "I just can't leave now," he said.

The mid-term elections will be held on Nov. 6.

Earlier in the day, Trump told reporters that the venue of his second meeting with Kim has been narrowed down to "three or four" locations.

"We are talking about three or four different locations, timing won't be too far away," said the US president, adding that US Secretary of State Mike Pompeo had good talks with Kim during his Sunday trip to Pyongyang.

In brief remarks to reporters at the White House on Tuesday afternoon, Pompeo reiterated that progress had been made on denuclearization of the Korean Peninsula.

"While there's still a long way to go and much work to do, we can now see a path to where we'll achieve the ultimate goal," the top US diplomat said.

The first-ever DPRK-US summit was held in Singapore on June 12. According to a joint statement signed by Trump and Kim, the United States would provide a security guarantee to the DPRK in return for Pyongyang's commitment to denuclearizing the Korean Peninsula.