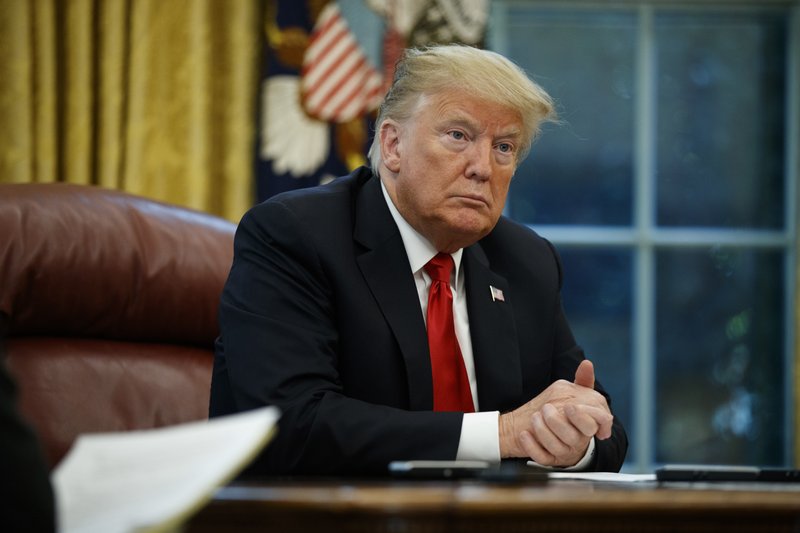 "At some point prior to the election, I'm going to be giving out a financial report of me, and it will be extremely complete," Trump told reporters as he left the White House for North Carolina, where he inspected the damage caused by Hurricane Dorian and gave a speech at a rally.

"I'm going to give out my financial condition and you'll be extremely shocked that the numbers are many, many times what you think," the president added.

Trump suggested that his real estate business doesn't need to be boosted by taxpayer money or government spending during his presidency. "I don't need to have somebody take a room overnight at a hotel," Trump said.

The president's promise came as the Air Force One reportedly stopped over at his family's resort in Turnberry, Scotland, and after Vice President Mike Pence spent two nights at the Trump property in Doonbeg, Ireland.

U.S. media reported that it was Trump who suggested that Pence stay at the property, but the president told reporters he didn't know about the arrangement.

Trump said Pence's family "lives in Doonbeg, Ireland." Pence had stayed at the property before Trump bought it "years ago," the president claimed, saying Pence told him so and he believed in what the vice president said.

Trump didn't respond to reporters' question regarding whether he would disclose his tax returns. He broke a presidential tradition by refusing to reveal his tax returns, which are now the subject of a legal fight between House Democrats and the White House.