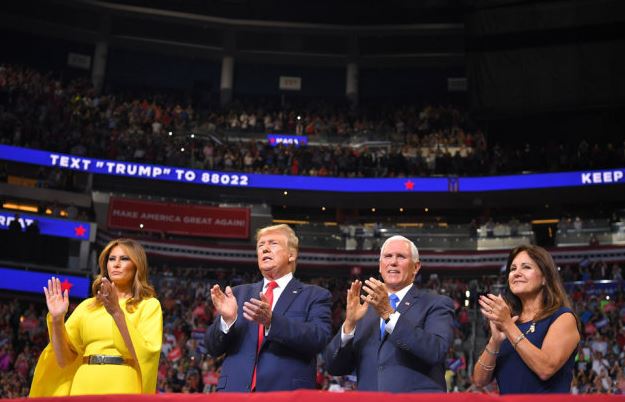 US President Donald Trump on Wednesday said he will stick with Vice President Mike Pence as his running mate during the 2020 presidential elections, ruling out the possibility of former UN ambassador Nikki Haley as the alternative option.

"Mike has been a great vice president. He's a hundred percent," Trump said during a phone interview with Fox Business Network.

"You can't break up a team like that ... And we get along well together," Trump said, citing Pence's appeal to evangelical Christian voters.

Trump made the response when he was asked about a Wall Street Journal column arguing that he should swap Pence for Haley because she may help the president win over more female voters.