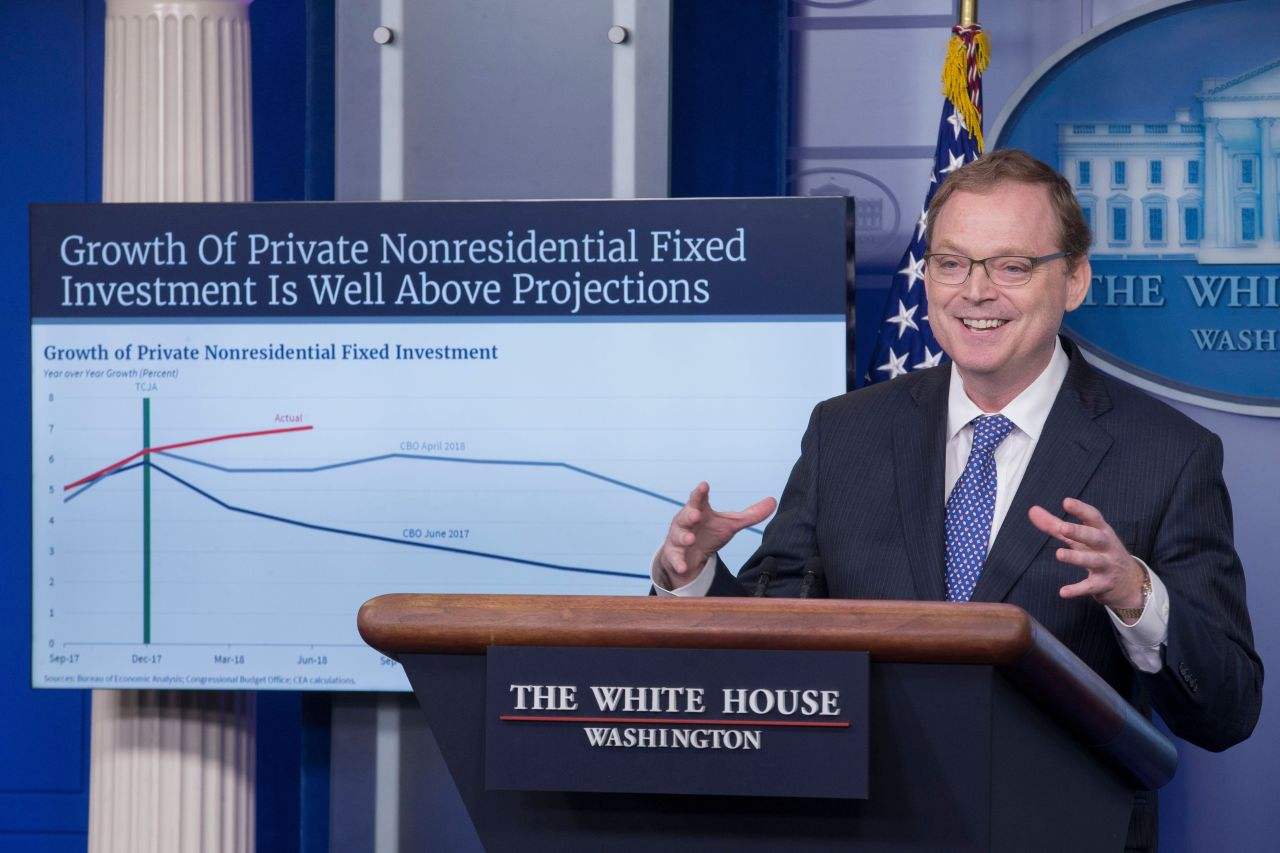 In a tweet Sunday night, Trump says the chairman of the Council of Economic Advisers, Kevin Hassett, will be departing "shortly" and praises him as having "done such a great job for me and the Administration."

Trump says he will name what he calls a "very talented replacement" as soon as he returns to the US from his trip to Europe.

The president adds: "I want to thank Kevin for all he has done - he is a true friend!"

Hassett began serving in the Senate-confirmed post in September 2017.