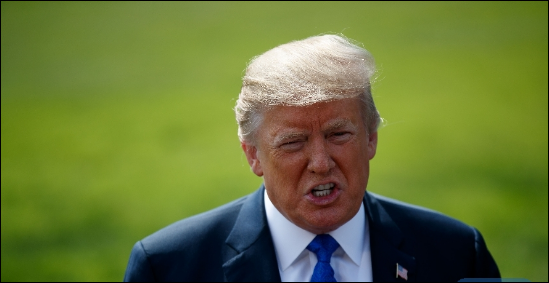 US President Donald Trump said here on Wednesday that his nation has requested audio and video materials from Turkey that are related to the alleged death of a missing Saudi journalist, Jamal Khashoggi.

Trump told reporters at the White House that "we've asked for it, if it exists."

However, he did not confirm whether there was any such recording as reported by Turkish media, saying that "I'm not sure yet that it exists."

The Turkish daily Yeni Safak earlier reported that Turkey has audio recordings that could reveal the details of what happened to Khashoggi after he entered the Saudi Consulate in Istanbul on Oct. 2, noting that he had been tortured during an interrogation, with his fingers cut off.

Trump suggested that "rogue killers" may have been responsible for the disappearance.

In an interview with The Associated Press on Tuesday, the president compared the Khashoggi case to the sexual assault allegations against Supreme Court nominee Brett Kavanaugh, saying "here we go again with, you know, you're guilty until proven innocent."

When asked about his ambiguity towards Saudi Arabia's link with the journalist's disappearance, Trump denied that he has ever been "giving cover" to the Saudi side at all.

"No, not at all, I just want to find out what's happening," Trump said. "I'm not giving cover at all."

On Tuesday, The Washington Post, for which Khashoggi had been writing, accused the Trump administration of performing a "diplomatic cleanup operation" for Riyadh.

In an editorial, the paper called for an independent international investigation into the disappearance of the journalist, saying that the travel to Saudi Arabia by State Secretary Mike Pompeo has seemed to fail to find the truth.

Pompeo, "who smiled broadly as he greeted Crown Prince Mohammed bin Salman, appeared less intent on determining the truth than in helping the de facto Saudi ruler escape from the crisis he triggered," the article said, noting Trump had signaled that he is more than ready to assist in that dodge.

It urged an investigation by the UN's Security Council or Human Rights Council, noting that "until the full truth about Mr. Khashoggi is disclosed, US businesses should shun the Saudi regime and Congress should block all military sales."

US media outlets have reported that Turkish police investigators searching the Saudi Consulate had found evidence that Khashoggi was killed there, citing toxic material inside the building.

However, Trump said "we will probably know that by the end of the week" after he got a "full report" from Secretary of State Pompeo upon his return from Saudi Arabia and Turkey.

Earlier on Wednesday, he told Fox Business Network that the United States relies on Saudi Arabia to fight against terrorism and Iran, and would thus be unwilling to walk away from the kingdom, a "tremendous purchaser" of US military equipment.

"It is 500,000 jobs, it will be ultimately $110 billion, it's the biggest order in the history of our country from an outside military, and I said we are gonna turn that down?" he asked.

"So hopefully it is working out. We'll find out, we'll get down to the bottom of it. I hope that the king and the crown prince didn't know about it," he said. "That is a big factor in my eyes, and I hope they haven't," he said.

Several US media outlets reported on Monday that the Saudi side was preparing a report that Khashoggi's death was a result of a botched interrogation.