WORLD Trump says US in "very strong negotiations" with Afghanistan

Trump says US in "very strong negotiations" with Afghanistan

WASHINGTON, Nov. 22 (Xinhua) - US President Donald Trump said on Thursday that Washington was "in very strong negotiations" with Afghanistan, also hinting a possible visit to the war-torn country by himself. 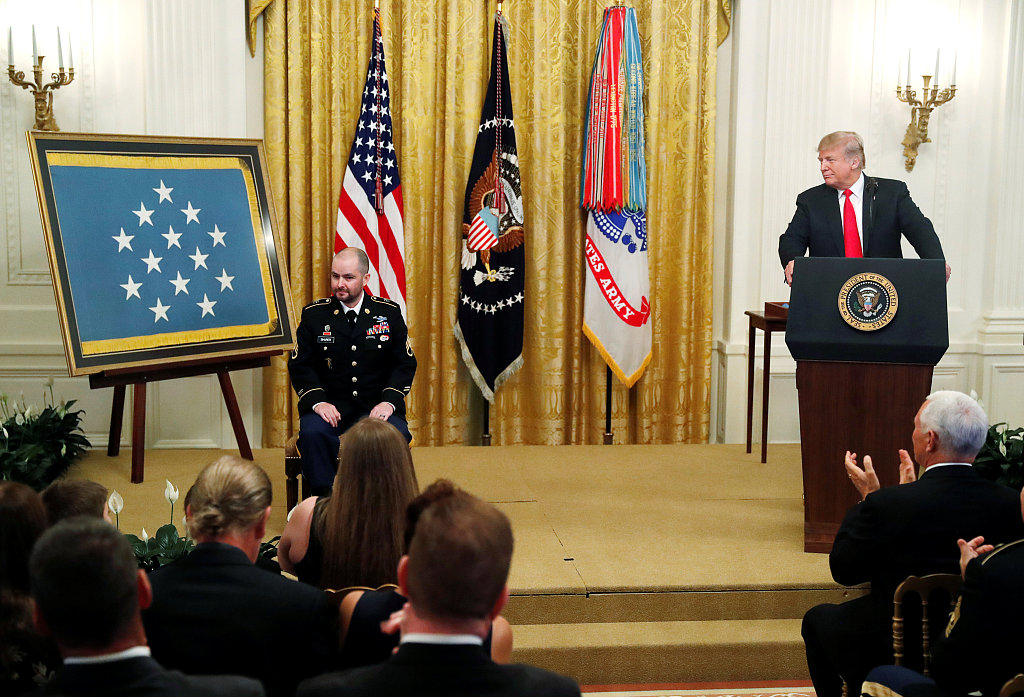 "We'll see what happens," he added.

The US president also hinted a likely visit by himself to Afghanistan during his holiday message teleconference with US troops deployed there, which will be his first trip to the war-riddled country after taking office.

"Maybe I'll even see you over there. You never know what's going to happen," Trump told a US general in Afghanistan after saying that he will see the general when the latter comes back to the United States.

Asked by a reporter later if he looked forward to going to Afghanistan, Trump said, "We'll be doing some interesting things."

Asked if he had a sense of when he will be going, Trump responded, "I do, but I can't tell you."

Currently, the United States has around 14,000 troops in Afghanistan, mainly providing training and advisory service to Afghan security forces, with some others conducting counter-terrorism operations.