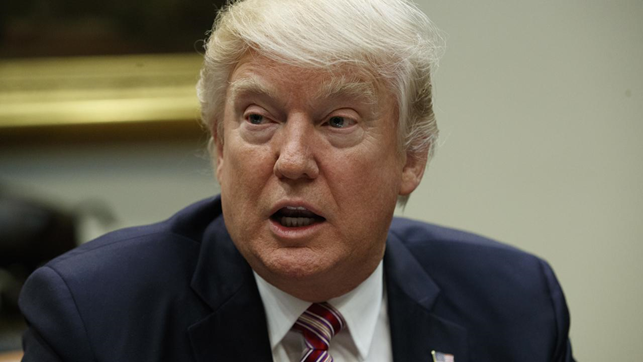 WASHINGTON, May 25 (Xinhua) -- US President Donald Trump said here Friday that the United States is talking to the Democratic People's Republic of Korea (DPRK) and his planned meeting with the country's top leader Kim Jong Un could still happen after he canceled it on Thursday.

Speaking to the media at the White House, Trump said the meeting with Kim "could even be the 12th (of June)," adding that both the DPRK and the United States want the meeting to happen.

"We'll see what happens. We are talking to them now," Trump said. "They very much want to do it. We'd like to do it."

The canceled meeting had been slated to take place on June 12 in Singapore.

Earlier on Friday, Trump tweeted that the DPRK's latest statement regarding the meeting was "warm and productive," calling it "very good news."

"We will soon see where it will lead, hopefully to long and enduring prosperity and peace," he tweeted.

While announcing his decision, Trump on Thursday also hinted that he could meet with Kim someday in the future, saying "We'd wait -- it's possible that the existing summit could take place, or a summit at some later date."

Trump's remarks came a day after he sent a letter to Kim, saying that the scheduled Singapore summit would not happen as it was "inappropriate" at this time to have this meeting "based on the tremendous anger and open hostility" displayed in the DPRK's most recent statements.

In response to the letter, the DPRK's First Vice Foreign Minister Kim Kye Gwan said early Friday that the country is ready to sit down with the United States any time in any manner for talks to solve the problems existing between them.In the statement carried by the official Korean Central News Agency, Kim Kye Gwan also said that Trump's decision to cancel the meeting does not conform to the international community's aspiration for peace and stability on the Korean Peninsula and in the whole world.