Trump says US will stop war games with S. Korea

US President Donald Trump said on Tuesday that the US would stop conducting annual war games with South Korea, which the Democratic People's Republic of Korea (DPRK) had denounced as a dress rehearsal for northward invasion. 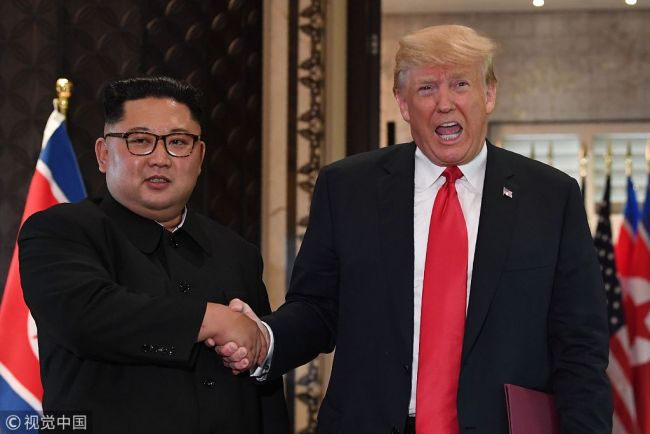 US President Donald Trump (right) and North Korea's leader Kim Jong-un shake hands following a signing ceremony during their historic US-North Korea summit, at the Capella Hotel on Sentosa island in Singapore on June 12, 2018. Trump and Kim became on June 12 the first sitting US and North Korean leaders to meet, shake hands and negotiate to end a decades-old nuclear stand-off. (Photo: VCG)

Trump made the remark during a press conference after a historic summit with top DPRK leader Kim Jong-un at the Capella Hotel on Singapore's resort island of Sentosa.