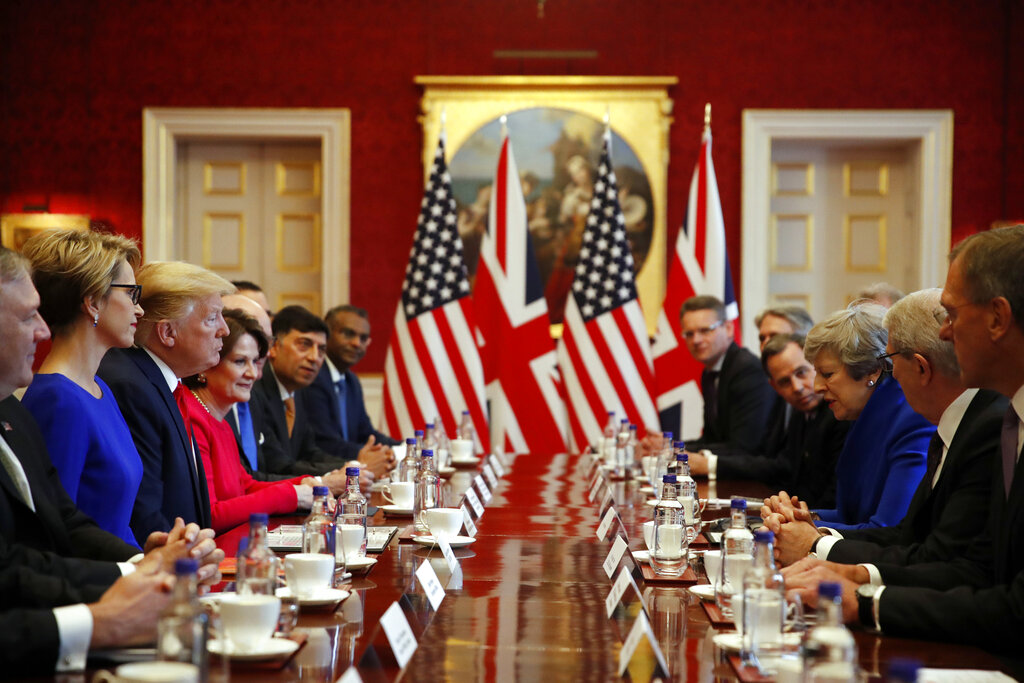 "We are going to get it done," he said as he and Prime Minister Theresa May hosted a meeting of business leaders on the second day of the president's state visit.