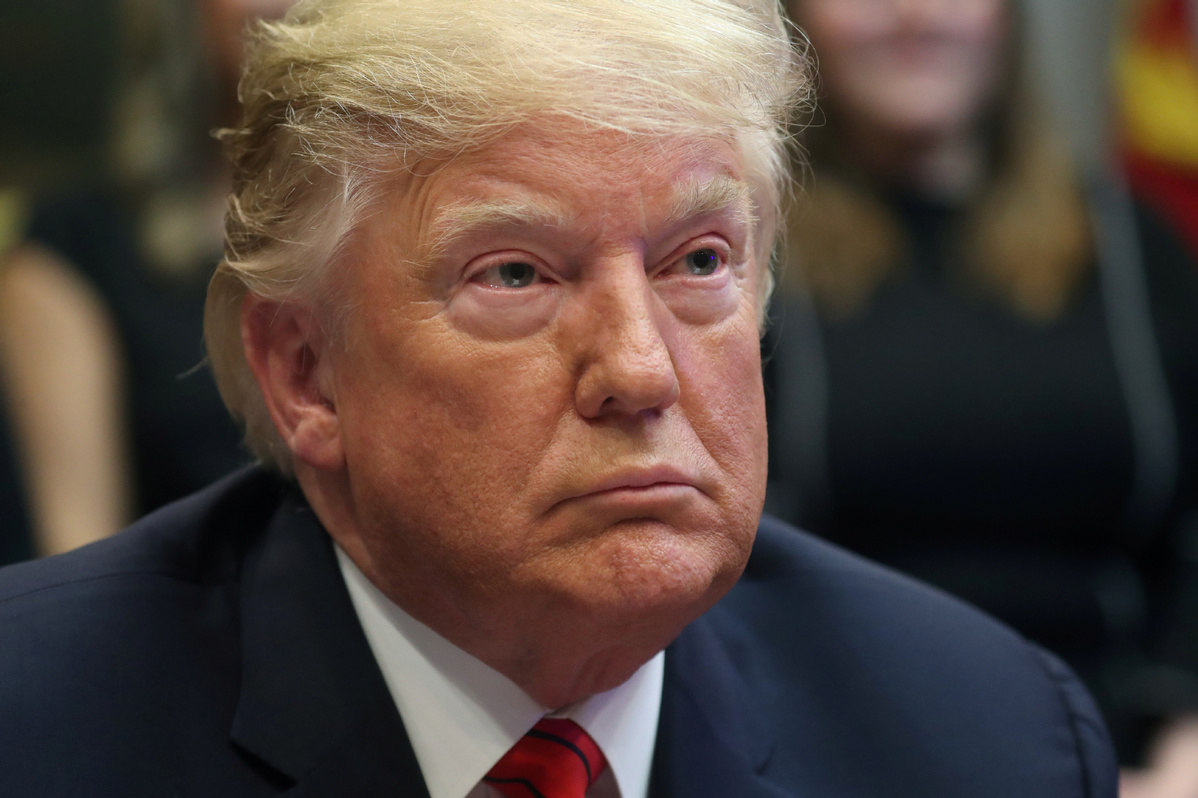 US President Donald Trump holds a congratulatory phone call for the first all-female space walk outside of the International Space Station with astronauts Christina Koch and Jessica Meir at the White House in Washington, DC, US October 18, 2019. (Photo: Agencies)

WASHINGTON, Oct. 19 (Xinhua) -- U.S. President Donald Trump said on Saturday that he will no longer host the 2020 Group of Seven (G7) summit at his golf resort in the state of Florida as announced due to criticism from Democrats and media.
"... based on both Media & Democrat Crazed and Irrational Hostility, we will no longer consider Trump National Doral, Miami, as the Host Site for the G-7 in 2020," Trump said in a series of tweets on Saturday night.
"We will begin the search for another site, including the possibility of Camp David, immediately," he added.
White House acting chief of staff Mick Mulvaney announced on Thursday that the G7 summit event will take place on June 10-12 next year at the Trump National Doral Miami golf club, saying that the issue was not a conflict of interest as Trump would not profit from the use of the property.
However, the decision has drawn criticism from media and Democratic lawmakers who said the choice could be inconsistent with the emoluments clause of the Constitution.
Trump is the first U.S. administration official to publicly float the selection of his property to host the summit, according to U.S. media.
G7 includes the seven leading industrialized countries of Britain, the United States, France, Germany, Italy, Japan and Canada.