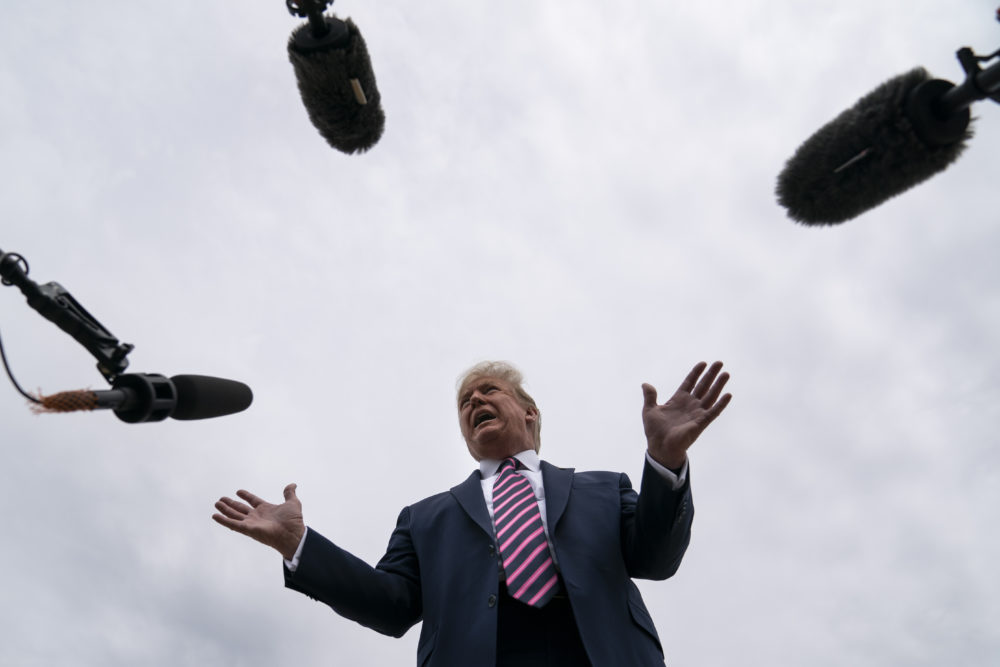 US President Donald Trump talks to reporters before boarding Air Force One for a trip to Phoenix, Tuesday, May 5, 2020, in Andrews Air Force Base, Md. (File photo: AP)

Washington (People’s Daily) - US President Donald Trump said Saturday he will postpone the leaders meeting of the Group of Seven until this autumn.

Trump also called for an expansion of the group’s membership, saying he considers the G7 to be an outdated group that doesn’t properly represent what’s taking place in the world.

The G7 members are Canada, France, Germany, Italy, Japan, the United Kingdom and the United States.

The leaders of the world’s major economies were slated to meet in June in the US, but the coronavirus outbreak hobbled those plans.

Trump told reporters aboard Air Force One as he returned from Florida that he had not yet set a new date, but he said the gathering could take place in September around the time of the annual meeting of the United Nations. He also said it might wait until after the November election.