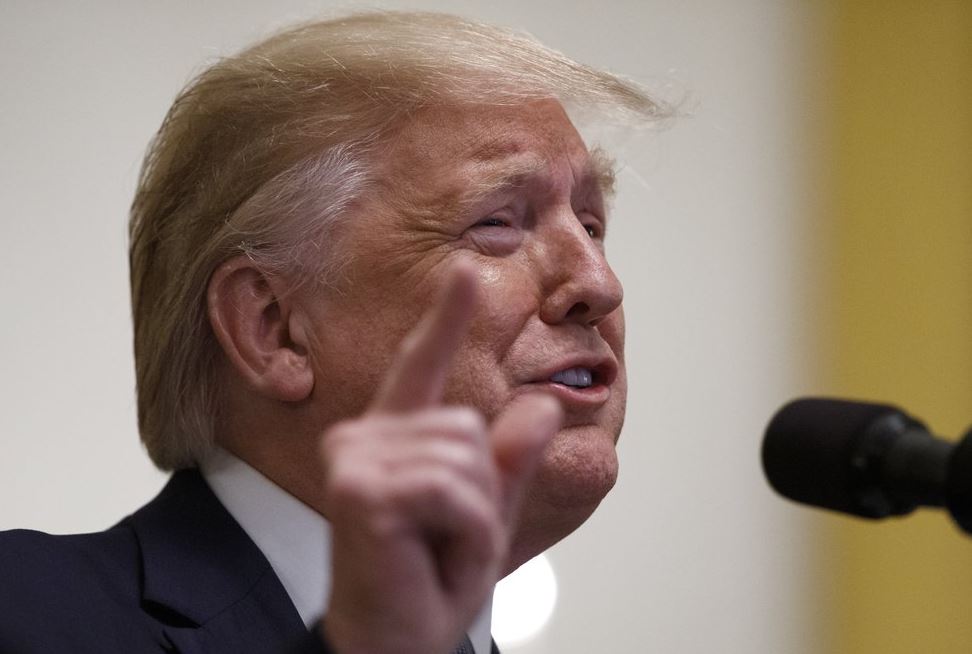 President Donald Trump is seething over an impeachment inquiry into his conduct after Democrats subpoenaed the White House about contacts with Ukraine and he signaled his administration would not cooperate.

In a series of tweets Saturday sent as the presidential motorcade ferried him to his Virginia golf course, Trump defended his comments and lashed out at critics, including a past foil, Sen. Mitt Romney, R-Utah.

“This is a fraud against the American people!” he tweeted.

The inquiry reached deeper into the White House when the House sent a letter Friday to Trump’s acting chief of staff, Mick Mulvaney, informing him that the White House was being subpoenaed for documents it had refused to produce. The move capped a tumultuous week that widened the constitutional battle between the executive branch and Congress and heightened the political standoff with more witnesses, testimony and documents to come.

“The president has every right to have these set of conversations,” Pompeo told reporters while traveling in Greece. He insisted the administration’s foreign efforts were reasonable, responsible and necessary to target graft, ensure aid is spent properly and protect American democracy.

“There has been some suggestion somehow that it would be inappropriate for the United States government to engage in that activity and I see it just precisely the opposite,” he said.

It is illegal to solicit campaign help from a foreign government.

Trump, who has described his conduct as “perfect,” said Friday he would formally object to Congress’s impeachment inquiry, even as he acknowledged that Democrats “have the votes” to proceed. Still, he predicted such a move would hurt them politically.

“I really believe that they’re going to pay a tremendous price at the polls,” Trump said.

Democrats accused Trump of speeding down “a path of defiance, obstruction and cover-up.” They warned that defying the House subpoena would in itself be considered “evidence of obstruction” and a potentially impeachable offense.

Lawmakers are focused on Trump’s efforts to push Ukraine investigate former Vice President Biden and his son Hunter. A whistleblower complaint said that Trump sought to use military assistance for Ukraine as leverage to push President Volodymyr Zelenskiy to launch an inquiry into the 2020 Democratic hopeful.