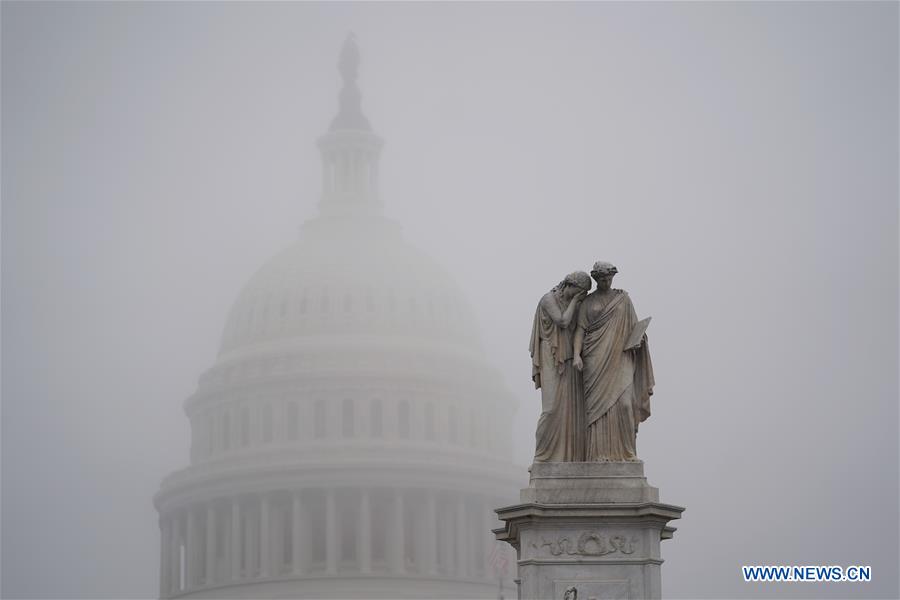 WASHINGTON — US President Donald Trump on Tuesday sent a six-page letter to House Speaker Nancy Pelosi, slamming the House Democrats impeachment effort as an "illegal, partisan attempted coup" and an "unprecedented and unconstitutional abuse of power."

"It is time for you and the highly partisan Democrats in Congress to immediately cease this impeachment fantasy and get back to work for the American People," Trump wrote, adding that he has "no expectation" that House Democrats will do so.

In the letter, Trump defended his conduct toward Ukraine, accusing Democrats of "interfering in America's elections."

Moments after the letter was publicized, the president said in the White House that he takes "zero" responsibility for facing impeachment.

The Democrat-led House is poised to vote on Wednesday on two articles of impeachment accusing Trump of abusing power and obstruction of Congress. If any of the two articles is approved, Trump will be the third president in the US history to be formally impeached and face a trial in the Senate.

Thereafter, the articles would move to a trial in the Republican-controlled Senate where Trump is widely expected to be acquitted.

House Democrats have accused Trump of abusing his office by pressuring Ukraine to pursue investigations that could benefit his reelection campaign. The White House has refused to cooperate in the impeachment inquiry, accusing Democrats of an unfair process that aims to overturn the results of the 2016 election.