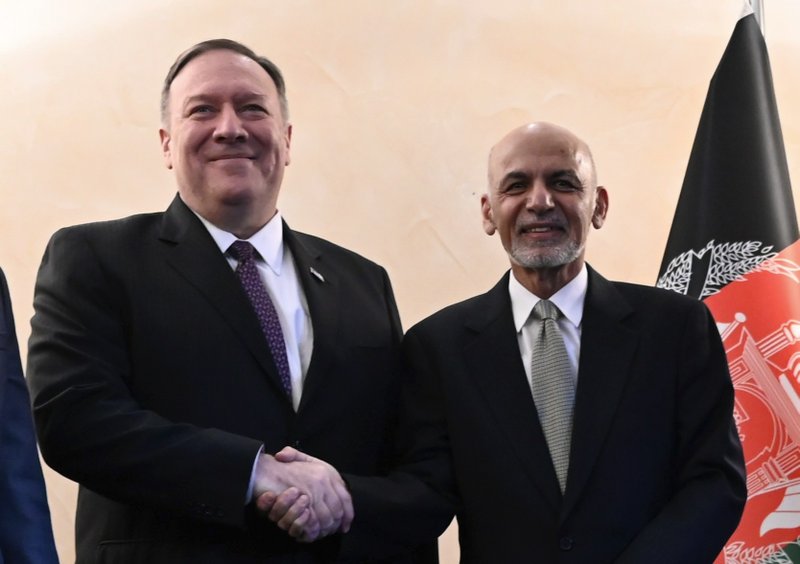 WASHINGTON, Feb. 28 (Xinhua) -- US President Donald Trump said on Friday that Secretary of State Mike Pompeo will attend the signing of US-Taliban agreement, which could be one step forward to ultimate US troops withdrawal and lasting peace in Afghanistan.

The United States and Afghan Taliban are expected to sign a deal in the Qatari capital city of Doha on Saturday, which reportedly includes a timeline for a conditions-based and phased US forces withdrawal, the commencement of intra-Afghan negotiations and the Taliban's commitment not to assist terrorists.

"If the Taliban and the government of Afghanistan live up to these commitments, we will have a powerful path forward to end the war in Afghanistan and bring our troops home," Trump said in a statement released by the White House on Friday afternoon.

Apart from announcing Pompeo's presence at the signing ceremony, Trump also revealed that US Secretary of Defense Mark Esper will issue a joint declaration with the government of Afghanistan, without any elaboration on details.

Trump urged the Afghan people to "seize this opportunity for peace and a new future" for their country, saying that "ultimately it will be up to the people of Afghanistan to work out their future."

Trump has long grumbled about the US military presence in Afghanistan, calling it "ridiculous."

Under the deal, the 12,000-13,000 US troops currently serving in Afghanistan are reportedly slated to draw down to 8,600 within 135 days, while the ultimate exit of all US forces is still to be decided.

For its part, the Taliban should stop assisting al-Qaeda and other terrorist groups, reduce violence and reach a political settlement with the Afghan government and other Afghans that would end the war.

Washington announced last week that a deal with Taliban is expected to be inked on Feb. 29 on the condition of successful week-long reduction of violence in Afghanistan starting from Feb. 22.

Peace talks between Washington and the Taliban began in 2018 but were suspended late last year following Taliban attacks on US military personnel.

The war in Afghanistan is the longest one in US history. The death toll of US service members has surpassed 2,400 since America invaded Afghanistan in 2001.