US President Donald Trump is set to make his first public appearance since the early morning hours after Election Day. 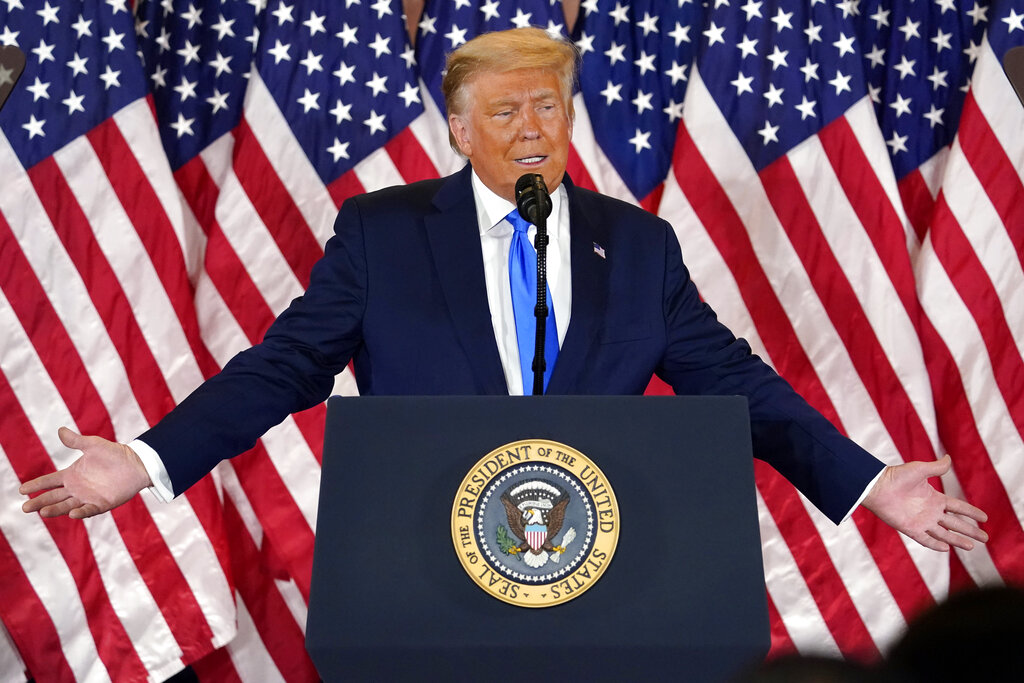 The White House says Trump will deliver remarks at 6:30 p.m. Thursday from the press briefing room. It was unclear if he would take questions.

Trump last appeared in public early Wednesday, when he falsely declared victory over Democrat Joe Biden in the presidential race. Trump has also publicly called for vote counting to stop by citing baseless allegations of fraud and misconduct.

The presidential race has not yet been called because neither Trump nor Biden has yet collected the requisite 270 Electoral College votes.

Biden's victories in Michigan and Wisconsin have put him in a commanding position to win the presidency, but Trump has showed no sign of giving up.