WORLD Trump should be able to resume 'public engagements' from Saturday, doctor says

Trump should be able to resume 'public engagements' from Saturday, doctor says 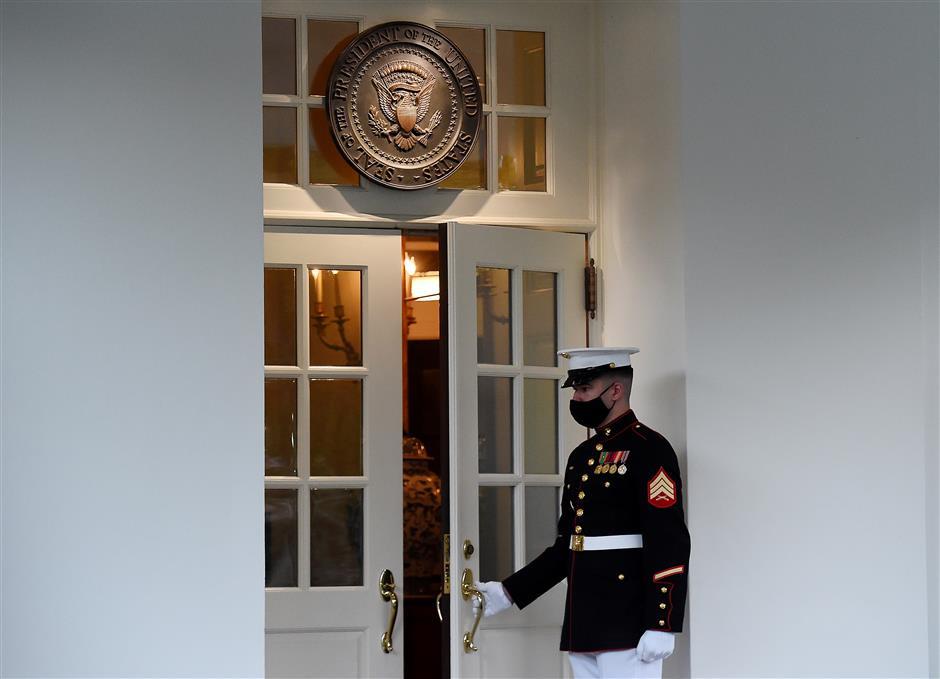 A US Marine wearing a facemask stands guard outside the West Wing, indicating that US President Donald Trump is in the Oval Office at the White House in Washington, DC, October 7, 2020. (Photo: Xinhua)

US President Donald Trump should be able to resume "public engagements" from Saturday, the White House physician announced Thursday, saying the US leader has responded "extremely well" to Covid-19 treatment.

"Saturday will be day 10 since Thursday's diagnosis, and based on the trajectory of advanced diagnostics the team has been conducting, I fully anticipate the President's safe return to public engagements at that time," Trump's doctor Sean Conley said in a statement.

Trump spent three days in the hospital before returning to the White House on Monday evening. The White House has become a Covid-19 hotspot, with dozens of people close to Trump testing positive.

Since his diagnosis, Trump has received an experimental antibody treatment, the antiviral drug remdesivir and the steroid dexamethasone.

With only 26 days to go until the November 3 election, the president is keen to get back on the campaign trail to rally his base, with polls showing him trailing Democratic challenger Joe Biden.