Absent from the bill was funding for a wall on the U.S.-Mexican border, a must-have for Trump. The White House and Democrats will continue to negotiate over the border security issue in the next three weeks. 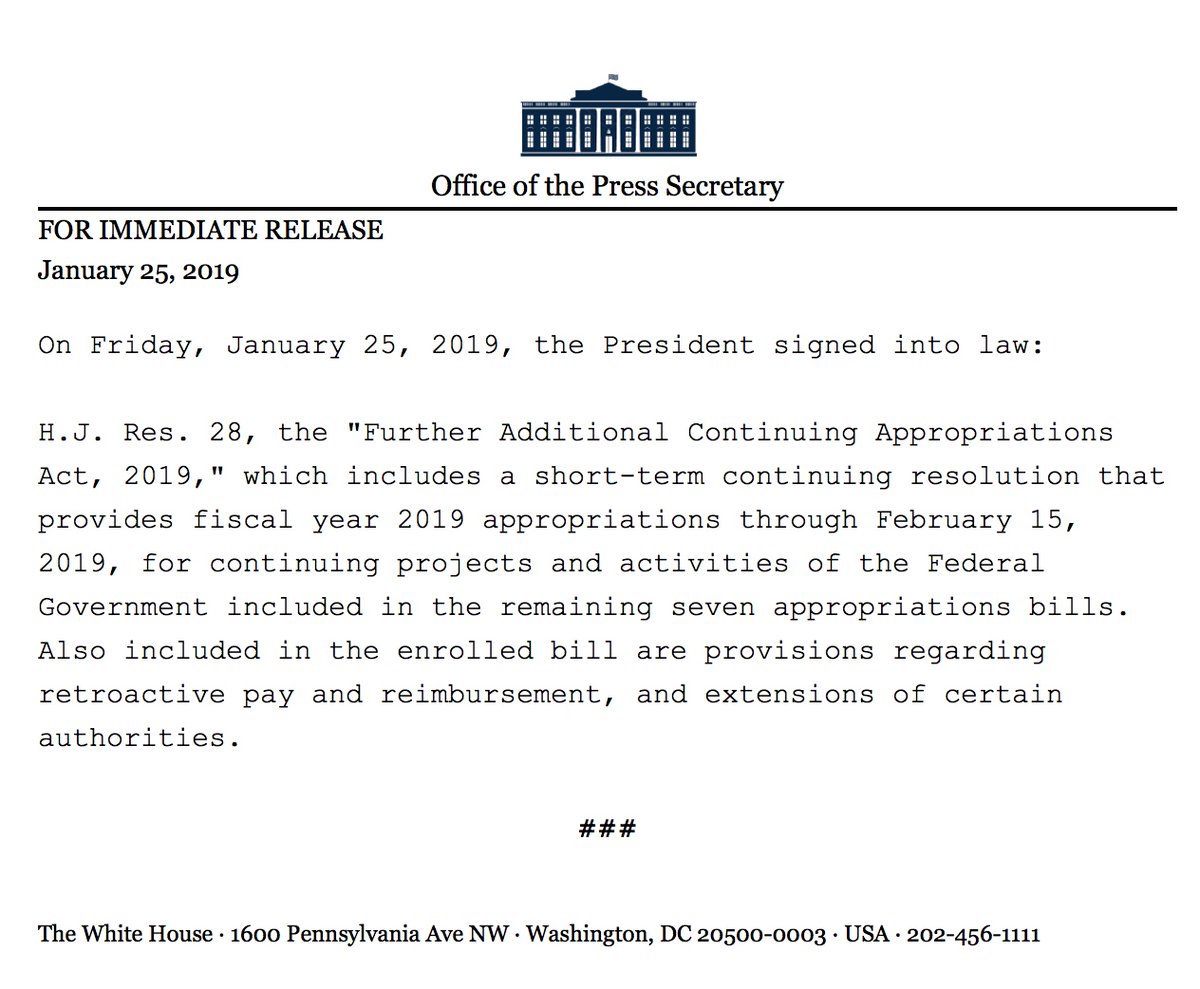 Statement from the White House

The swift ratification of the stopgap bill is widely viewed as a setback for the White House, as building a physical border wall to bolster border security had been a centerpiece of Trump's campaign pledges.

The bill also came one day after the U.S. Senate blocked two competing bills, backed by the White House and Democrats respectively, to reopen the government. The deep divide within the Republican party, coupled with a disruption of air traffic to New York City due to understaffed aviation monitor agencies, put increasing pressure for the president to depart from his position.

Despite the temporary halt to the ugly political fight that kept the nation on edge, uncertainties still lie ahead as both sides struggle to find common ground.

In a speech on Friday afternoon, Trump said he does not seek a "medieval wall" nor a wall that stretches "from sea to shining sea," but a "smart wall" intended for "predetermined high-risk locations." But the Democratic Party has so far shown little interest in a physical barrier.

Noting the potential differences, Trump threatened to shut the government down again or call for a state of emergency should talks falter.

It is also unclear if House Speaker Nancy Pelosi will re-invite Trump to deliver the state of the union address in the House chamber on Jan. 29. Her initial invitation has been scrapped due to the shutdown. Pelosi said she would be open to discussing a further date with Trump after the government reopens.