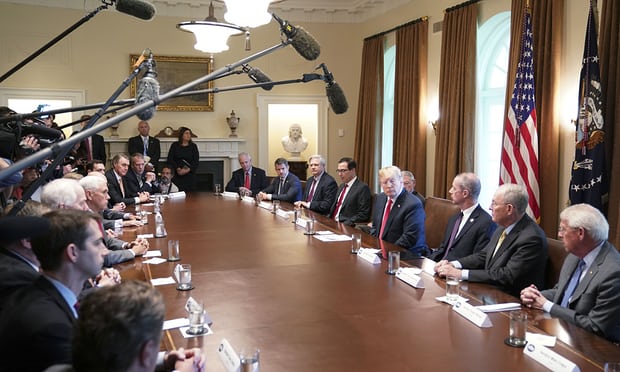 US President Donald Trump speaks on immigration during a meeting with members of Congress at the White House on June 20, 2018 (Photo: AFP)

Washington (People’s Daily) - US President Donald Trump has signed an executive order Wednesday that aims to end seperating immigrant families who are crossing the border by making sure that  immigration officials  detain parents with their children, according to a source close to the White House.

Since the “zero tolerance” policy was launched last month, more than 2,300 children have been separated from their parents while trying to enter the US. Stories of youngsters being taken from their mothers and images of teenagers in cage-like detention facilities have exploded into a political crisis for Trump and GOP congressional lawmakers.

After days of widespread criticism, the Trump administration decided to get softer on the issue. By early morning Wednesday, US Department of Justice (DOJ) officials began drafting an executive order addressing family separations at the US border.

“We’re going to be signing an executive order in a little while,” said Trump. “We’ve got to be keeping families together," he added.

This is the typical process with an executive order as it requires moving parts legally, plus input from the Office of Legal Counsel. What precisely the order will say is being worked out, with ongoing conversations between the White House, the DOJ and Homeland Security, the source said.

The Trump administration pushed for congressional action, a senior official said and looked at the Flores ruling, which prohibits children with their families from being detained longer than 20 days.