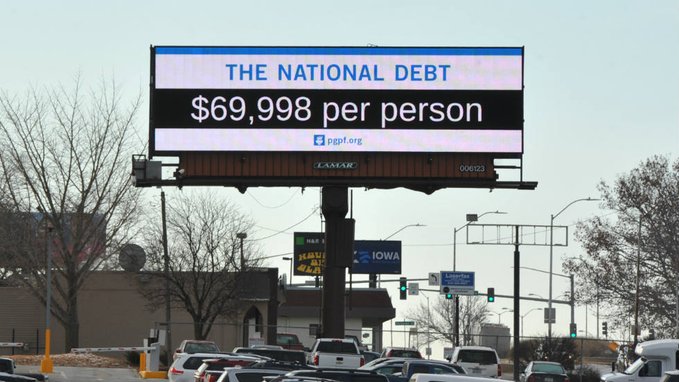 WASHINGTON, Jan. 9 (Xinhua) -- U.S. President Donald Trump has signed legislation that will ultimately add 4.7 trillion U.S. dollars to the national debt from 2017 to 2029, according to nonpartisan watchdog group the Committee for a Responsible Federal Budget.

"The 4.7 trillion (dollars) of debt signed into law by President Trump is on top of the current 17.2 trillion debt held by the public and the 9.2 trillion we were already expected to borrow over the next decade absent these proposals," the watchdog group said Wednesday in a study.

The national debt is projected to be about 97 percent of U.S. gross domestic product (GDP) in 2029, compared to 82 percent if none of this debt-increasing legislation had been passed, according to the study.

"The nation is facing trillion-dollar annual deficits for the foreseeable future and without action is almost certain to surpass the record debt levels set after World War II in the coming years," the watchdog group said, warning that the country's national debt is "rising on an unsustainable path."

The Peter G. Peterson Foundation, a non-profit organization dedicated to increasing public awareness of the country's key fiscal challenges, on Tuesday also urged the administration and Congress to address the unsustainable fiscal outlook, a high priority for U.S. voters.

"While lawmakers are adding red ink, voters are calling for them to manage the debt, invest in our future and address national challenges. Getting our fiscal house in order is essential to maintaining our economic prosperity and leadership role in the world," Michael A. Peterson, CEO of the foundation, said in a statement.