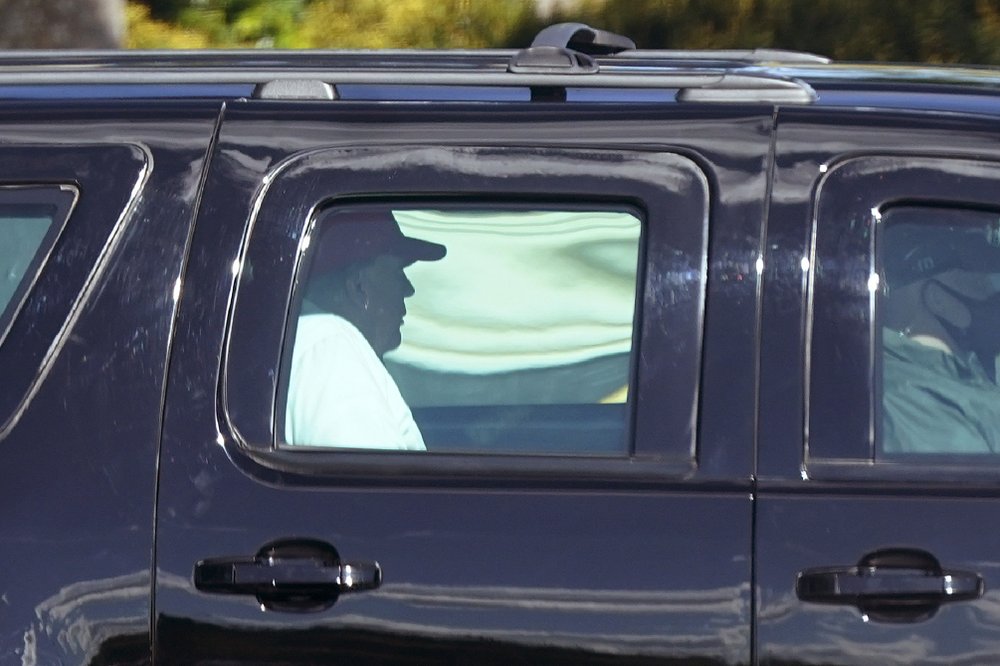 President Donald Trump has signed a $900 billion pandemic relief package that will deliver long-sought cash to businesses and individuals. It also averts a government shutdown.

Trump announced the signing in a statement Sunday night.

The massive bill includes $1.4 trillion to fund government agencies through September and contains other end-of-session priorities such as money for cash-starved transit systems and an increase in food stamp benefits.

Democrats are promising more aid to come once President-elect Joe Biden takes office, but Republicans are signaling a wait-and-see approach.

The fate of an end-of-year COVID-19 relief and spending bill remained in doubt Sunday as millions lost unemployment aid, the government barreled toward a mid-pandemic shutdown and lawmakers implored President Donald Trump to act.

Trump blindsided members of both parties and upended months of negotiations when he demanded last week that the package — already passed the House and Senate by large margins and believed to have Trump’s support — be revised to include larger relief checks and scaled-back spending.

If he continues his opposition, the federal government will run out of money at 12:01 a.m. Tuesday while he spends the holidays golfing in Florida.

On Sunday evening, Trump offered the vaguest of updates, tweeting, “Good news on Covid Relief Bill. Information to follow!” The White House did not respond to questions about what he meant.

In the face of growing economic hardship and spreading disease, lawmakers urged Trump on Sunday to sign the legislation immediately, then have Congress follow up with additional aid. Aside from unemployment benefits and relief payments to families, money for vaccine distribution, businesses, cash-starved public transit systems and more is on the line. Protections against evictions also hang in the balance.

“What the president is doing right now is unbelievably cruel,” said Sen. Bernie Sanders, I-Vt. “So many people are hurting. ... It is really insane and this president has got to finally ... do the right thing for the American people and stop worrying about his ego.”

Republican Sen. Pat Toomey of Pennsylvania said he understood that Trump “wants to be remembered for advocating for big checks, but the danger is he’ll be remembered for chaos and misery and erratic behavior if he allows this to expire.”

Toomey added: “So I think the best thing to do, as I said, sign this and then make the case for subsequent legislation.”

The same point was echoed by Maryland Gov. Larry Hogan, a Republican who’s criticized Trump’s pandemic response and his efforts to undo the election results. “I just gave up guessing what he might do next,” he said.

Republican Rep. Adam Kinzinger of Illinois said too much is at stake for Trump to “play this old switcheroo game.”

“I don’t get the point,” he said. “I don’t understand what’s being done, why, unless it’s just to create chaos and show power and be upset because you lost the election.”

Trump, who spent much of Sunday at his West Palm Beach golf course, has given no indication that he plans to sign the bill as he spends the last days of his presidency in a rage. Indeed, his dissatisfaction with the legislation seems only to have grown in recent days as he has criticized it both privately to club members and publicly on Twitter.

Days ago, Democrats said they would call House lawmakers back to Washington for a vote Monday on Trump’s proposal to send out $2,000 relief checks, instead of the $600 approved by Congress. But the idea is likely to die in the Republican-controlled Senate, as it did among Republicans in the House during a rare Christmas Eve session. Democrats were also considering a vote Monday on a stopgap measure aimed at keeping the government running until President-elect Joe Biden is inaugurated Jan. 20.

Washington has been reeling since Trump turned on the deal, without warning, after it had won sweeping approval in both houses of Congress and after the White House had assured Republican leaders that Trump would support it.

Instead, he assailed the bill’s plan to provide $600 COVID-19 relief checks to most Americans — insisting it should be $2,000 — and took issue with spending included in an attached $1.4 trillion government funding bill to keep the federal government operating through September.

And already, his opposition has had consequences, as two federal programs providing unemployment aid expired Saturday.

Lauren Bauer of the Brookings Institution had calculated that at least 11 million people would lose aid immediately as a result of Trump’s failure to sign the legislation; millions more would exhaust other unemployment benefits within weeks.

How and when people are affected by the lapse depends on the state they live in, the program they are relying on and when they applied for benefits.

About 9.5 million people, however, had been relying on the Pandemic Unemployment Assistance program that expired altogether Saturday. That program made unemployment insurance available to freelancers, gig workers and others normally not eligible. After receiving their last checks, those recipients will not be able to file for more aid, Stettner said.

Fingers have been pointing at administration officials, including Treasury Secretary Steven Mnuchin, as lawmakers try to understand whether they were misled about Trump’s position.