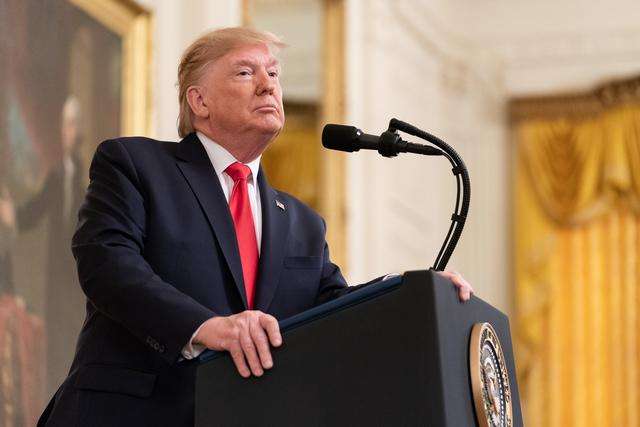 The White House tweeted: "This is a truly historic day for the American armed forces," adding "President Trump just signed into law the largest ever investment in the United States military."