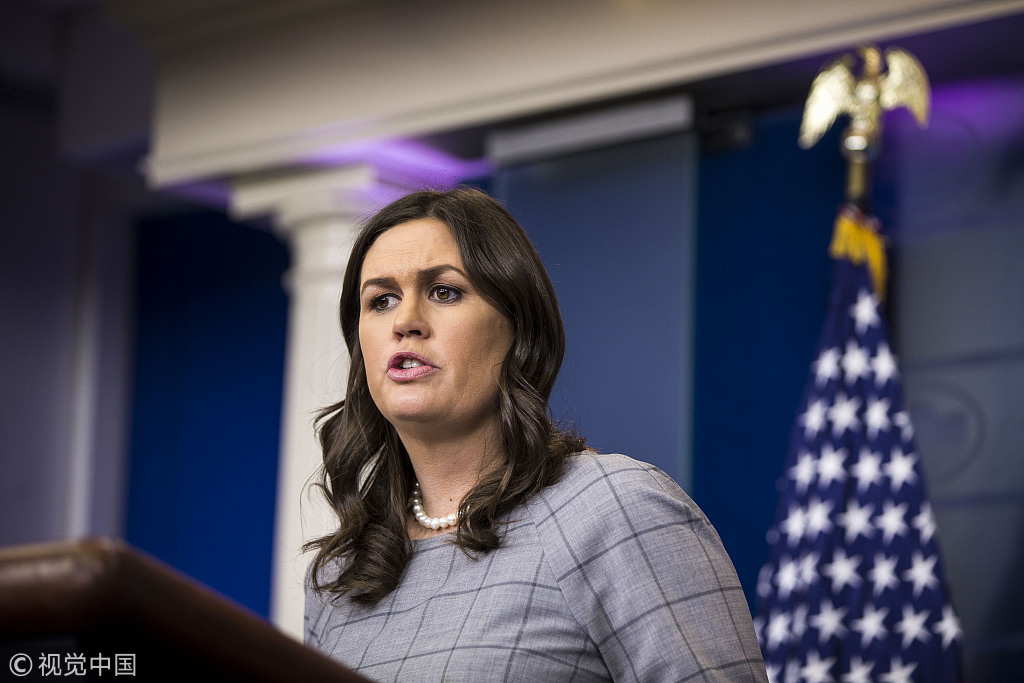 Trump convened the commission to investigate the 2016 presidential election, after alleging repeatedly and without evidence that voting fraud cost him the popular vote. Trump won the electoral college.

The White House blamed the decision to end the panel on more than a dozen states that have refused to comply with the commission's demand for reams of personal voter data, including names, partial Social Security numbers, voting histories and party affiliations.

"Rather than engage in endless legal battles at taxpayer expense, today President Donald J. Trump signed an executive order to dissolve the Commission, and he has asked the Department of Homeland Security to review its initial findings and determine next courses of action," White House spokeswoman Sarah Huckabee Sanders said in a statement.

Critics saw the commission as part of a conservative campaign to make it harder for poor people and minority voters to access the ballot box, and to justify Trump's claims of voter fraud.

While there have been isolated cases of voter fraud in the U.S., past studies have found it to be exceptionally rare.

Critics also viewed the commission as part of an attempt to distract from the ongoing investigations into Russian election meddling and potential collusion between Moscow and Trump campaign aides. The intelligence community concluded that the Russian government mounted a campaign to help Trump win, hacking email accounts and spreading false stories.

Kansas Secretary of State Kris Kobach, the commission's vice chairman, characterized the decision to dissolve the bipartisan group as a "tactical change" and argued DHS can pursue an investigation of election fraud more quickly and efficiently.

Kobach, a conservative Republican and vocal supporter of tough voter ID laws, alleged Democrats wanted no investigation. "Their motto is, 'Nothing to see here,'" he said.

One of the members of the commission, Maine Secretary of State Matthew Dunlap, sued the commission in federal court, alleging it had violated federal law by refusing to provide him documents available to other members, among other charges.

Three Democratic senators — Michael Bennet of Colorado, Cory Booker of New Jersey and Amy Klobuchar of Minnesota — had also asked the U.S. Government Accountability Office to investigate the commission, which it agreed to do in October.

Kobach said he intends to work closely with DHS and the White House, and expects the bulk of the DHS investigation to be done by midsummer.

More than a dozen states, as well as the District of Columbia, had rebuffed the commission's request for voter data, citing privacy concerns and a fear that complying would legitimize the idea that voter fraud is widespread.

While there have been isolated cases of people voting illegally, and many voter rolls contain outdated data, there is no evidence voter fraud is a widespread problem in the United States or has impacted election results.

A study by a Loyola Law School professor found that out of 1 billion votes cast in all American elections between 2000 and 2014, there were only 31 known cases of impersonation fraud.

"It is no surprise that a commission founded on a lie of widespread voter fraud proved to be a fraud itself," said California Secretary of State Alex Padilla, a Democrat, who had refused to comply with the commission's request for voter data. "No taxpayer dollars should have been wasted on Mr. Trump's voter suppression crusade."

Dale Ho, director of the American Civil Liberties Union Voting Rights Project, accused the commission of engaging in "a wild-goose chase for voter fraud, demonizing the very American voters whom we should all be helping to participate — with the not-so-secret goal of making voting harder with unnecessary barriers.

"President Trump has tried and failed to spread his own fake news about voter fraud," Ho said.