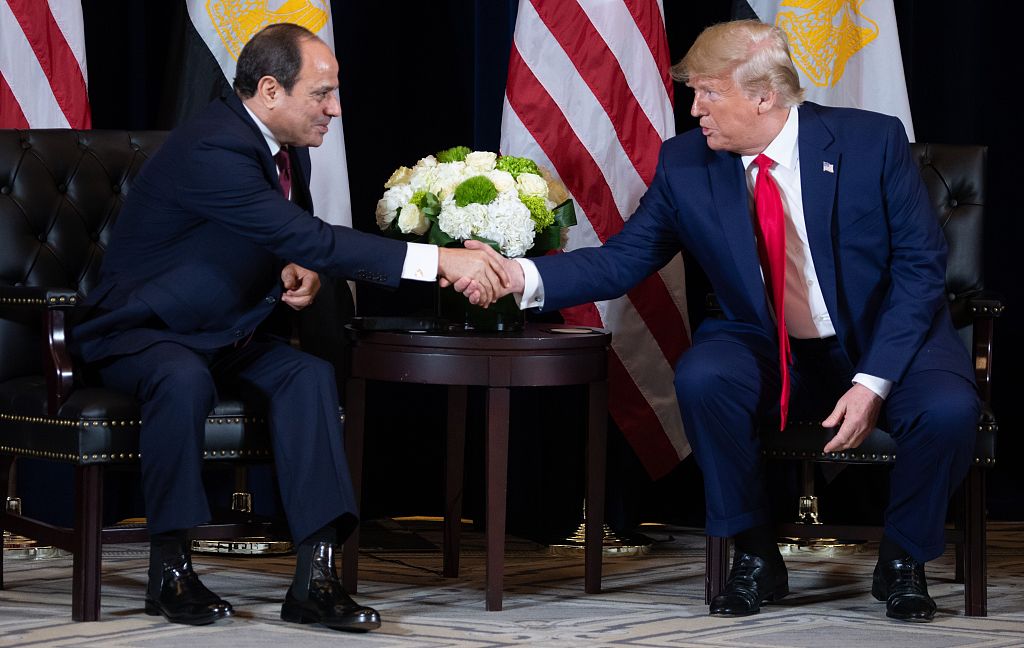 US President Donald Trump shakes hands with Egyptian President Abdel Fattah el-Sisi during a meeting on the sidelines of the UN General Assembly in New York, September 23, 2019. （Photo: VCG）

WASHINGTON, Nov. 4 (Xinhua) -- US President Donald Trump spoke on phone with Egyptian President Abdel-Fattah al-Sisi on Monday about the construction of the Grand Ethiopian Renaissance Dam (GERD) on the Blue Nile River.

"President Trump expressed support for Egypt, Ethiopia, and Sudan's ongoing negotiations to reach a collaborative agreement on the Grand Ethiopian Renaissance Dam," the White House said in a statement.

Ethiopia started building the GERD in 2011, while Egypt, a downstream Nile Basin country that relies on the river for its fresh water, is concerned that the dam might affect its 55.5-billion-cubic-meter annual share of the water resources of the river.

Shoukry said last week that the Trump administration had invited Egypt, Ethiopia and Sudan to a meeting in Washington on Wednesday to try to break the stalemate in the talks.