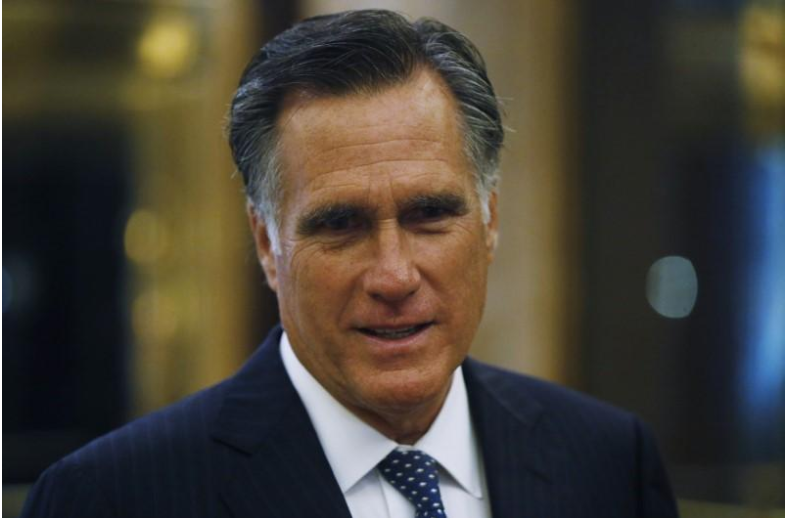 Former Massachusetts Governor Mitt Romney speaks after a dinner meeting with US President-elect Donald Trump at Jean-Georges inside of the Trump International Hotel & Tower in New York, US, November 29, 2016. Photo: REUTERS/Lucas Jackson

President Donald Trump spoke by phone with former Republican presidential nominee Mitt Romney, a White House official said on Friday, as Romney girds for a potential run for a US Senate seat in Utah.

The official, speaking on condition of anonymity, said the two men spoke by phone on Thursday night for five to 10 minutes. Trump wanted to “wish him well,” the official said.

Tensions between Trump and Romney date back to the 2016 presidential election campaign when Romney appealed to establishment Republicans to reject Trump’s candidacy, an effort that fizzled.

In late 2016 after Trump won the presidency, he briefly considered whether to pick Romney as his secretary of state but ultimately turned to Rex Tillerson for the job.

Trump had lobbied US Senator Orrin Hatch of Utah to run for re-election in 2018 in what was viewed as an effort to prevent Romney from running for the seat.

But Hatch announced recently he would retire, opening the door to a Romney candidacy. Romney is a resident of Utah although he spends time at his California home as well.

Romney advisers expect the former Massachusetts governor to run for the Senate seat in Utah, a strongly Republican state.