U.S. President Donald Trump campaigned in Georgia on Saturday for two Republican senators at a rally that some in his party fear could end up hurting, not helping, their chances if he focuses on efforts to reverse his own election defeat.

In his first campaign rally since he lost to Democrat Joe Biden in the November 3 presidential contest, the Republican Trump reminded the chanting crowd that he came to southern Georgia on behalf of the senators, who face runoffs on January 5.

But he quickly turned to his repeated claims, made without evidence, of widespread fraud in the presidential election.

"They cheated and rigged our presidential election but we'll still win it. And they are going to try to rig this election too," Trump told the crowd, who chanted "We love you!" and "Four More Years!"

Trump's claims have been rejected by state and federal officials across the country, and his campaign's numerous legal challenges have almost all failed.

Trump has also attacked Republicans who have refused to back him, including Georgia's governor, Brian Kemp, and its secretary of state, Brad Raffensperger.

Biden was the first Democratic presidential candidate to win in the southern state since 1992. Statewide recounts, including a painstaking review by hand of some 5 million ballots, turned up no significant irregularities. 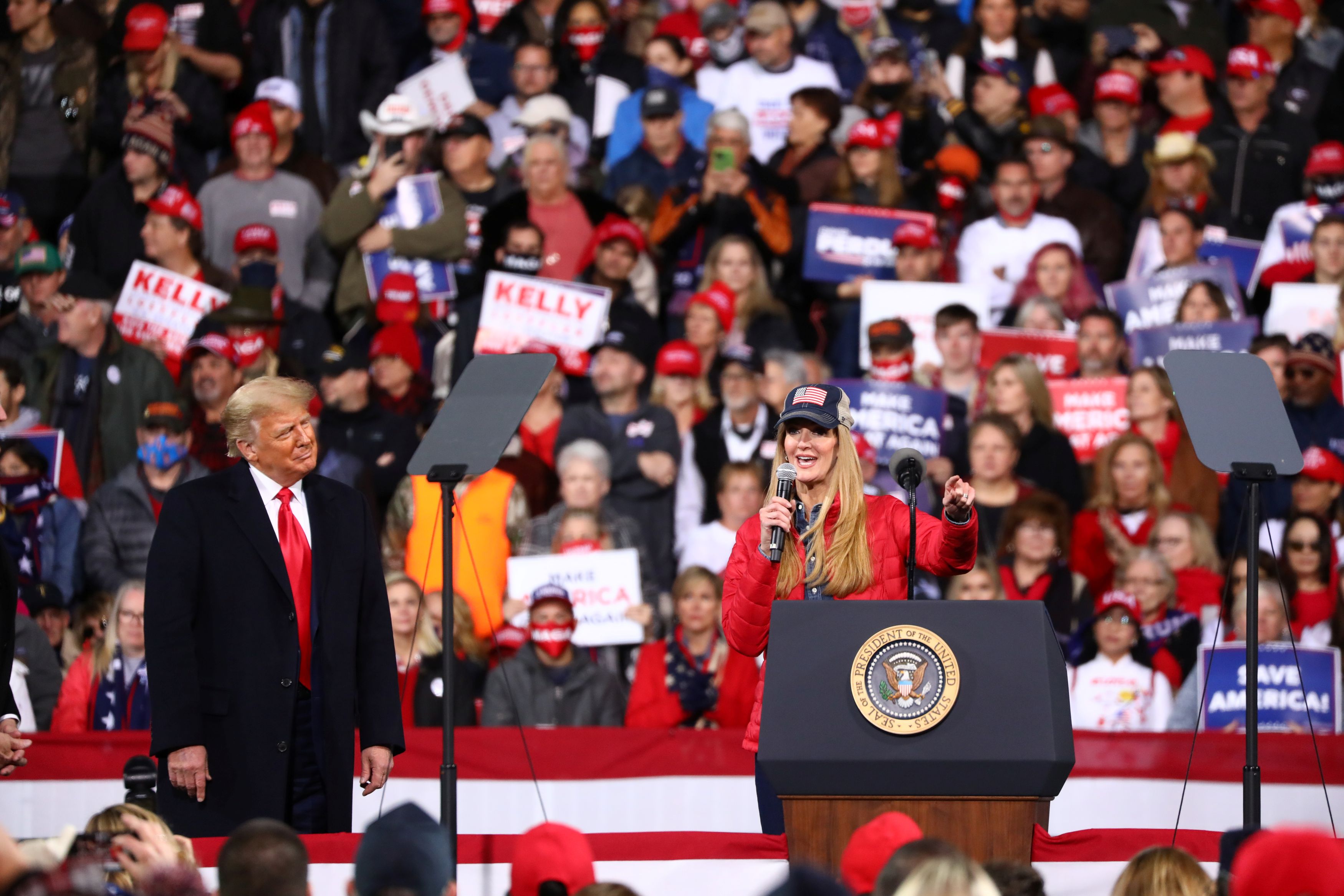 The two Republican senators, David Perdue and Kelly Loeffler, are running against well-funded Democratic challengers Jon Ossoff and Raphael Warnock seeking to capture a state that has not elected a Democratic senator in 20 years.

The races will determine which party controls the U.S. Senate. Democrats, who already have the majority in the House of Representatives, need to win both seats to control the Senate. If Republicans win one seat, they will retain their majority and be able to block much of Biden's legislative agenda.

Biden said he would visit Georgia to campaign for the Democratic candidates but did not give a timetable for his trip.

Earlier on Saturday, Trump phoned Kemp and pressured him on Twitter to take further steps to benefit his bid to reverse the election results.

"I will easily & quickly win Georgia if Governor @BrianKempGA or the Secretary of State permit a simple signature verification ... Why are these two 'Republicans' saying no?" Trump wrote on Twitter.

After Kemp responded on Twitter that he had "publicly called for a signature audit three times," Trump said that wasn't good enough, and added in a second tweet that the governor should immediately call a special session of the state legislature.

"Your people are refusing to do what you ask. What are they hiding?" Trump said.

Kemp was not at the rally, one day after the death in a car crash of Harrison Deal, a close family friend of the governor and staffer for Loeffler.

In a move unprecedented in modern U.S. history, the Trump team has tried, without success, to get Republican-controlled legislatures in battleground states won by Biden to set aside the results and declare Trump the winner.

Trump's penchant for making his political rallies all about him — and now, about his claims the U.S. electoral system is rigged — has raised concerns among some Republicans that his appearance in Georgia could end up turning voters off or making them feel there is no point in voting.

Matt Towery, a former Georgia Republican legislator who is now a political analyst and pollster, said Trump could help the Republicans if he talks about the candidates, but warned:

"If he talks about them for 10 minutes and spends the rest of the time telling everyone how terrible Brian Kemp is, then it will only exacerbate things."

Two pro-Trump lawyers, L. Lin Wood and Sidney Powell, have argued that Georgians should not vote in the runoff until issues from the 2020 election are resolved in the state, even after lawsuits they have filed to overturn the results have failed.

Trump's refusal to concede has forced Loeffler and Perdue to walk a fine line. Even as they warn voters of the dangers of a Democratic Senate majority, they will not say Biden won the White House.

They are not alone in their reticence. After contacting all 249 Republicans in the U.S. House and the Senate, The Washington Post said only 27 of them would say Biden won or have called him the president-elect. Two said they considered Trump the winner.