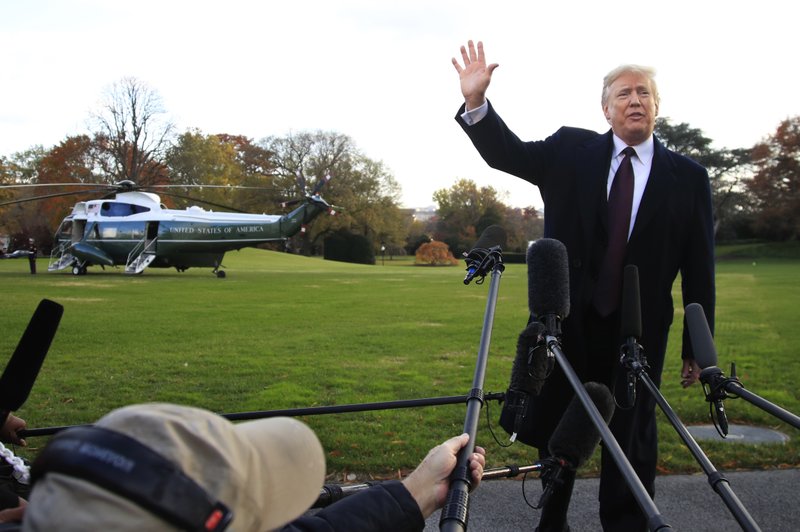 WASHINGTON, Nov. 20 (Xinhua) -- US President Donald Trump has submitted written answers to questions from Special Counsel Robert Mueller probing into the alleged Russian meddling in the 2016 US elections, local media on Tuesday quoted the president's attorneys as saying.

"The President today answered written questions submitted by The Special Counsel's Office. The questions presented dealt with issues regarding the Russia-related topics of the inquiry. The President responded in writing," Jay Sekulow, Counsel to the President, told ABC News in a statement.

"The President has nonetheless provided unprecedented cooperation. The Special Counsel has been provided with more than 30 witnesses, 1.4 million pages of material, and now the President's written responses to questions. It is time to bring this inquiry to a conclusion," Rudy Giuliani, the president's attorney, also told ABC News.

"It has been our position from the outset that much of what has been asked raised serious constitutional issues and was beyond the scope of a legitimate inquiry. This remains our position today," Giuliani said.

Trump told reporters last week that he has completed written answers personally, instead of his legal team.

"I've answered them very easily," Trump said at the time.

On Sunday, Trump said in the "Fox News Sunday" interview that he "probably" won't sit for an interview with Mueller.

"I think we've wasted enough time on this witch hunt, and the answer is, probably, we' re finished," the president said in the interview.

Trump has repeatedly dismissed any collusion between his campaign and Russia in the US 2016 elections.

Trump has also attacked the probe by calling it a "hoax" or "witch hunt," raising long-running speculation that he would force it to be shut down, a move that analysts say could trigger a political firestorm.

The Mueller probe started in May 2017. Since then, Mueller's prosecutors have secured indictments against 32 individuals and three Russian businesses on charges ranging from computer hacking to financial fraud, leading to six guilty pleas and three people sentenced in jail.